The complaint has been filed under relevant sections of IPC and Scheduled Castes and Scheduled Tribes (Prevention of Atrocities) Act. 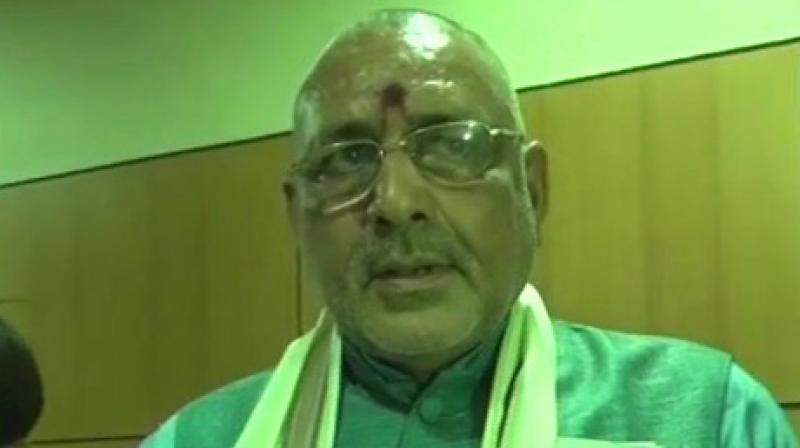 Patna: An FIR has been registered against Union Minister and BJP MP from Bihar's Nawada Giriraj Singh along with 33 people in Danapur Police Station in connection with a land grabbing case.

The complaint has been filed under relevant sections of IPC and Scheduled Castes and Scheduled Tribes (Prevention of Atrocities) Act.

The Patna additional sessions judge-cum-special judge of ST/SC court had earlier ordered an inquiry following a person named Ram Narayan Prasad filed a petition against them.

Prasad, a resident of Asapur village of Danapur, alleged that Singh and other accused had conspired to grab his three acres of land for sale and purchase.

"I ask Prime Minister Narendra Modi to remove him (Giriraj Singh) as Union Minister. He (Giriraj Singh) should resign immediately. I want to ask the stance of BJP government and Nitish Kumar, who used to talk about zero tolerance on corruption and benami properties. What are they doing in this regard? Why Sushil Modi, who always holds a press conference, is quiet on this issue. Where is he hiding now? Why they are not taking action against Giriraj Singh," RJD leader Tejaswi Yadav told ANI.