Rahul Gandhi said it was clear that the prime minister was not interested in answering 'fundamental questions'. 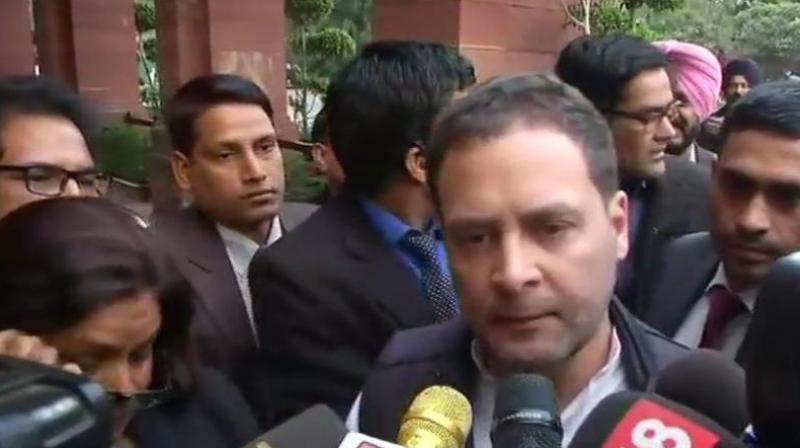 New Delhi: Congress president Rahul Gandhi on Thursday continued his attack on the government over the Rafale aircraft deal and said Prime Minister Narendra Modi was not answering his questions because there was something "fishy" in it.

Referring to Modi's speeches in Parliament on Wednesday, he told reporters that it was clear that the prime minister was not interested in answering "fundamental questions".

Defence Minister Nirmala Sitharaman, he said, had first announced that she would inform the nation about the cost of purchasing Rafale aircraft but was now saying she could not do so as it was a state secret.

"Which of her two statements are correct," he asked.

Gandhi said he had also posed three questions to Modi.

These included the aircraft's cost and "handing over" the deal to a businessman after "snatching" it from a public undertaking.

However, there was no reply, Gandhi said. "There can be only one answer and it is that there is something fishy about this," he said.