India   All India  08 Feb 2018  SC directs UP govt to file vision document within 4 weeks for preservation of Taj
India, All India

The court directed UP govt to explain a sudden flurry of activities in and around the Taj Mahal and the Taj Trapezium Zone. 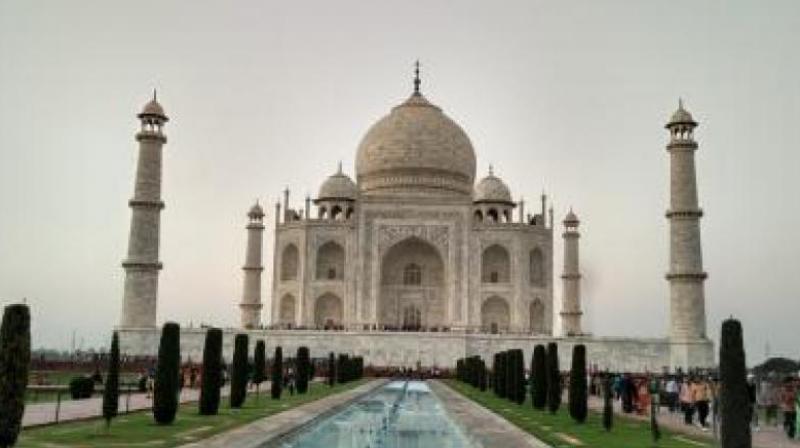 Taj Trapezium Zone is an area of about 10,400 sq kms spread over the districts of Agra, Firozabad, Mathura, Hathras and Etah in Uttar Pradesh and Bharatpur in Rajasthan. (Photo: PTI)

New Delhi: The Supreme Court on Thursday directed the Uttar Pradesh government to file within four weeks a vision document for protection and preservation of the Taj Mahal.

The apex court also directed the state government to explain why there was a sudden flurry of activities in and around the Taj Mahal and the Taj Trapezium Zone (TTZ) and why leather industries and hotels were coming up there.

TTZ is an area of about 10,400 sq kms spread over the districts of Agra, Firozabad, Mathura, Hathras and Etah in Uttar Pradesh and Bharatpur in Rajasthan.

"There is sudden flurry of activities in TTZ. Is there any particular reason for that? Leather industries and hotels are coming up there. Why,” the bench asked Additional Solicitor General of India Tushar Mehta, who was appearing for the state.

Mehta told the top court that he would get instructions on this issue and get back to it.

Meanwhile, the state government filed a separate application for cutting 234 trees for laying pipelines for water supply in Agra city.

The bench, however, directed the state to apprise it as how many tress have already been planted in the TTZ and posted the matter for hearing after four weeks.

The top court had earlier said that "ad hoc" measures were not enough to preserve the Taj Mahal for "a few hundred years" and directed the state government to prepare a document with a futuristic vision to protect the historic 17th century mausoleum for future generations.

Environmentalist MC Mehta, who had filed a plea seeking protection of the Taj from the ill-effects of polluting gases and deforestation in and around the area, had earlier told the bench that the TTZ was an "ecologically sensitive area" and the government should have come out with a comprehensive policy for preservation and protection of the Taj.

The apex court, which is dealing with Mehta's petition, has been monitoring development in the area to protect the Taj Mahal, built by Mughal emperor Shah Jahan in the memory of his wife Mumtaz Mahal in 1631. The mausoleum is a UNESCO World Heritage Site.