Despite testing negative for the virus, Gaurav Bandera has been detained aboard a ship off Hong Kong 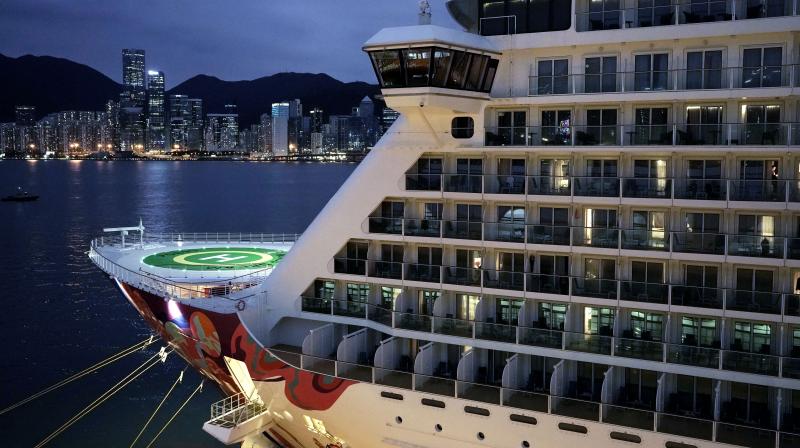 Mangaluru/Karwar: The coronavirus has not only claimed hundreds of lives in China, it has upset the wedding plans of Gaurav Bandera of Kumapala village near Mangaluru.

The employee of Star Cruises, which operates cruiseliners, is presently aboard a ship World Dream anchored off Hong Kong while the authorities are performing repeated coronavirus screenings of everyone on board.

The wedding was fixed for Monday, February 10, but with no hope of the groom reaching the venue on time, it has had to be postponed. Dozens of guests who’d already arrived for the festivities are put off.

“The marriage was fixed about eight months ago when Gaurav came to Mangaluru for a holiday. He was supposed to arrive here on January 26 to prepare for the wedding, but the ship was held up at Hong Kong due to the coronavirus scare,” said Sabitha Raj, a relative.

"The authorities promised to let those on board go if they tested negative. Gaurav has tested negative 3-4 times. But it looks like they are taking extra precautions and are not sending anyone out," she added.

The family has sought the help of three layers of the administration—district, state and Union government--to secure Gaurav’s release.
Would-be groom Gaurav Bandera is not the only person from Uttara Kannada district to be stranded on a ship due to the coronavirus scare.

Twenty-six-year-old Abhishek Magar, who works for Bermuda-based Princess Cruise Lines, is on the cruiseliner Diamond Princess which has been moored off Yokohama midway through its voyage to Japan from China.

The young man’s father, Balakrishna B Magar, a resident of Nandagadda in Karwar, has written to deputy commissioner Harish Kumar urging him to approach the Ministry of External Affairs for help.