The alliance has also called for holding of peaceful protests after the Friday congregations in mosques and hospices. 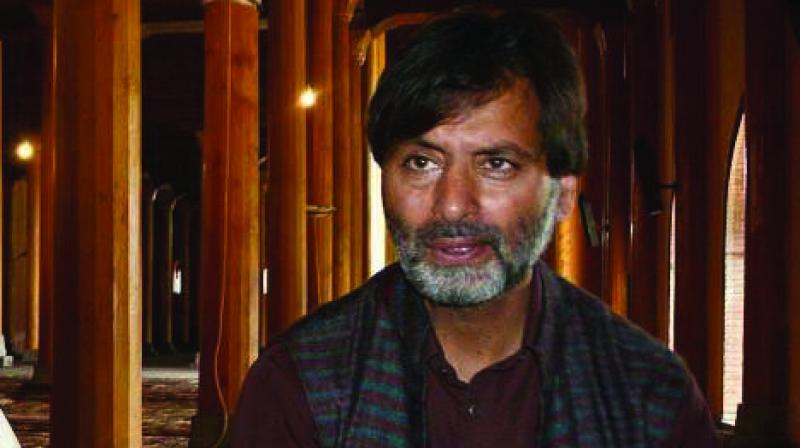 The move triggered a strike by traders in his native locality Maisuma here. “Joint Resistance Leadership (JRL)”, an alliance of key separatist leaders including Malik, has called for a one-day strike in Kashmir on Friday against the authorities detaining him under the PSA.

The shutdown, a spokesman of the alliance said, would be also to resist the arrest of other political leaders and activists including those of Jamaat-e-Islami and the official ban on the rightwing organisation. The alliance has also called for holding of peaceful protests after the Friday congregations in mosques and hospices.

The police had on February 22 taken Malik in preventive custody here.

The police also detained the entire leadership of the Jamaat and its nearly 250 others members and workers, days before it was declared an “unlawful association’ by the Home Ministry since.

The leaders and activists of some other religious and political outfits too have been detained by the police whereas the offices and other properties of the Jamaat across the state have been or are being sealed.

The sources said that after being formally detained under the PSA, Malik will be lodged in Jammu’s Kot Balwal jail. Also detained underthe PSA is Jamaat’s chief spokesman Zahid Ali.

Under the PSA, a person can be detained up to a period of two yearswithout seeking a formal trial. However, such detentions are subjectto periodical reviews by an official screening committee and can bechallenged in open courts as well. The law was introduced during theSheikh Abdullah’s government in 1970s initially to discourage timbersmuggling but has often been used by the successive state governmentsagainst their political opponents drawing severe criticism from humanrights groups at home and abroad.

In 2012 the State legislature amended PSA by relaxing some of itsstrict provisions. In the case of first-time offenders or individualswho act against the security of the state for the very first time, thedetention period for such individuals was reduced from two years tosix months. However, the option of extending the term of detention totwo years was kept open, if there is no improvement in the conduct ofthe detainee.