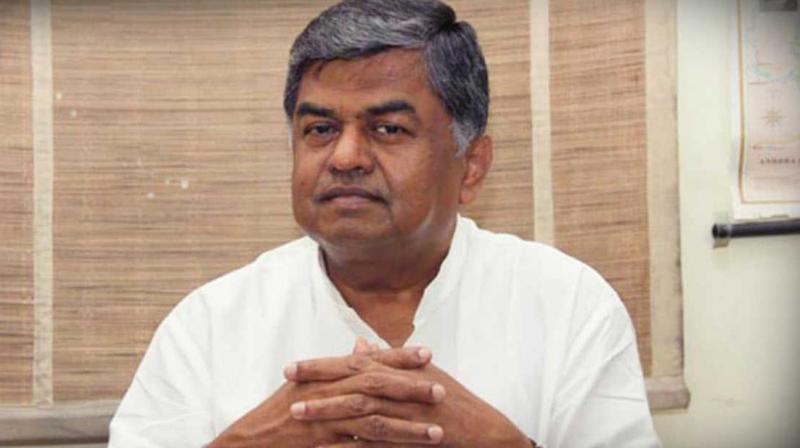 This is not the first time Hariprasad gave a controversial comment. (Photo: File)

New Delhi: Congress parliamentarian from Karnataka, BK Hariprasad has stirred a controversy with his “match-fixing” comments on the Pulwama attack while attacking Prime Minister Narendra Modi.

"(Union Minister) Ravi Shankar Prasad should clarify whether there is any match-fixing between Pakistan and Narendra Modi. Without their knowledge this Pulwama incident should not have taken place. If you look at the chain of events that has taken place after Pulwama, it looks like Narendra Modi had a match-fixing with the people of Pakistan," Hariprasad said.

"He should be ashamed of making such statements. Where had he mortgaged his brain before making such a statement?" Ravikumar said.

This is not first time Hariprasad gave a controversial comment. Earlier, in January he mocked Amit Shah when the BJP president was admitted to AIIMS in Delhi for swine flu treatment. He said Shah got flu because he tried to destabilise the Congress-JD(S) coalition government in Karnataka.