Sources said China called India's patrolling in Subansiri region a 'transgression' and the Indian Army objected to the terminology. 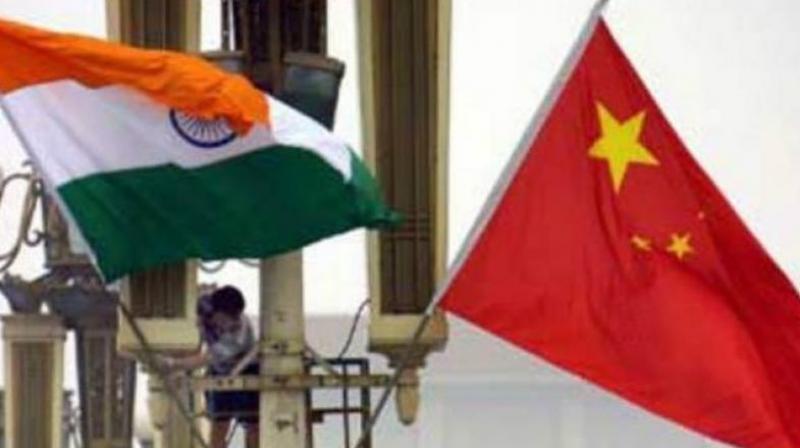 At the Border Personnel Meeting, China also accused the Indian side of damaging its road building equipment when a road laying party left its gear in Tuting in December 2017 following a protest by India. (Photo: PTI/Representational)

Kibithu: In yet another incident of discord, the Chinese military in March strongly protested against what it called the Indian Army's transgressions into the strategically sensitive Asaphila area along the disputed border in Arunachal Pradesh, but the Indian side roundly dismissed the complaint, official sources said.

They said the Chinese side raised the issue at a 'Border Personnel Meeting' (BPM) on March 15 in Kibithu but the Indian Army rejected it, saying that the area in the upper Subansiri region of Arunachal Pradesh belongs to India and it has regularly been carrying out patrols there.

The sources told news agency PTI that the Chinese side called India's patrolling in the area a "transgression" and the Indian Army objected to the terminology.

"China's protest to our patrolling in Asaphila is surprising," said a source, adding there were several instances of Chinese intrusions in the area which had been seriously taken up by the Indian side in the past.

Under the BPM mechanism, both sides can register their protest over any incident of transgressions as there are varying perceptions about the LAC between the two countries.

The delegation of China's Peoples Liberation Army specifically mentioned extensive patrolling in Asaphila by Indian troops, saying such "violations" may escalate tensions between the two sides in the area.

However, rejecting the Chinese protest, the Indian side said its troops were aware of the alignment of the Line of Actual Control (LAC) and the Army would continue to carry out patrols up to the LAC, the de facto border between the two countries. Perceptions of the border by India and China vastly differ in the area.

The sources said the Chinese military specifically mentioned large-scale Indian patrolling in Asaphila near Fishtail 1 on December 21, 22 and 23 last.

Indian and Chinese troops hold BPMs to resolve issues triggering tensions along the border. There are five BPM points along the Line of Actual Control (LAC) at Bum La and Kibithu in Arunachal Pradesh, Daulat Beg Oldi and Chushul in Ladakh, and Nathu La in Sikkim.

The BPM on March 15 had taken place at the Daimai post on the Chinese side in the Kibithu area.

At the BPM, the Chinese also accused the Indian side of damaging its road building equipment when a road laying party left its gear in Tuting in December 2017 following a protest by India. The Indian Army rejected the allegation, the sources said.

The Chinese road building team had crossed into Indian territory, about one kilometre inside the Line of Actual Control in the Tuting area, in the last week of December. The road construction team left the area after Indian troops asked them to stop the activity. The team brought in two excavators which were later returned.

The sources said the Indian Army has increased war-fighting drills to deal with all possible scenarios along the LAC following the Doklam standoff.

"We are fully prepared to deal with any situation," said a senior Army official.

Troops of India and China were locked in a 73-day standoff in Doklam from June 16, 2017 after the Indian side stopped the building of a road in the disputed area by the Chinese Army. The face-off ended on August 28.

Sources said India has deployed more troops and increased patrolling in the mountainous terrains along the borders with China following the Doklam face-off. India is also strengthening its surveillance mechanism to keep an eye on Chinese activity along the borders in the strategically sensitive Tibetan region and has even been regularly deploying choppers to carry out recce.

The government has been focusing on strengthening its defences along the border with China.

In January, Army Chief Gen Bipin Rawat had said the time had come for the country to shift its focus from its borders with Pakistan to the frontier with China, reflecting the seriousness of the situation.