Close shave for passengers as the train rolling down was stopped by putting wooden blocks on the track. 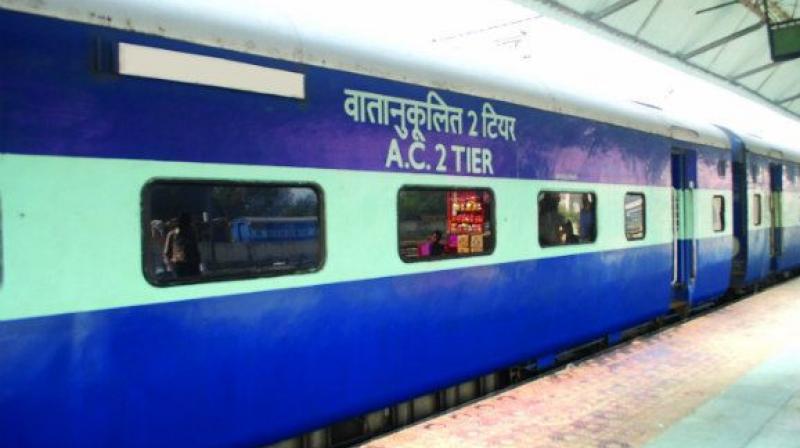 The incident took place around 10 pm on Saturday at Titlagarh, 400 km from Bhubaneswar. (Photo: Representational)

Titlagarh: A major train accident was averted when coaches of an Ahmedabad-Puri express rolling down towards Kesinga side in Odisha's Titlagarh was stopped by putting wooden blocks on the track late on Saturday.

The train had rolled down for 15 kilometres without any engine, following which two employees, who didn't follow the engine shunting procedure, two engine drivers and three carriage-repairing staffers were suspended.

"A case of rolling down of coaches of Ahmedabad-Puri express towards Kesinga side had occurred. This happened due to non-application of skid-brake on the wheels of the coaches by staff concerned," the East Coast Railway said in a statement.

All passengers are safe, the statement added.

The incident took placed at around 10 pm on Saturday at Titlagarh, 400 km from Bhubaneswar. At Titlagarh usually, the engine reversal of the train takes place. When the engine is detached to be attached at the other end, the coaches should be secured with skids at the wheels. In this case, it appears that the skids have either not been placed or placed improperly.