India   All India  08 Apr 2018  UP woman tries to kill self outside Yogi’s house, says BJP MLA raped her
India, All India

UP woman tries to kill self outside Yogi’s house, says BJP MLA raped her 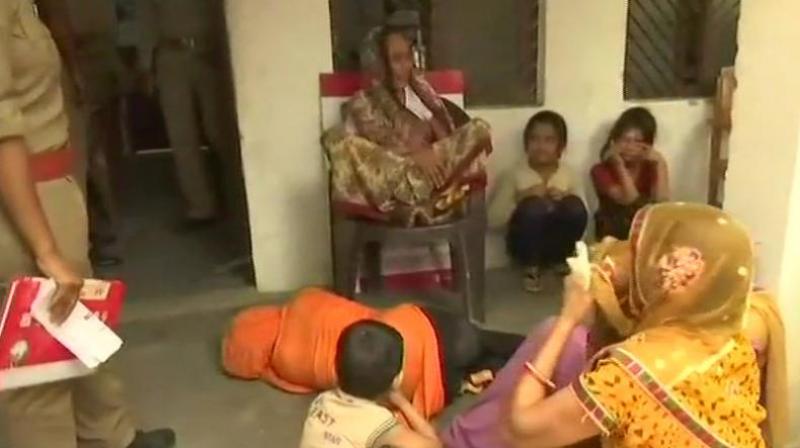 Speaking about her ordeal, the victim said she and her family were threatened after they had filed an FIR. (Photo: ANI/Twitter)

Lucknow: A woman and her family tried to kill themselves in front of Uttar Pradesh Chief Minister Yogi Adityanath's residence in Lucknow on Sunday alleging that she was raped by a BJP parliamentarian in 2017 but no action has been taken against him.

The woman alleged that she was raped by a BJP MLA from Unnao, Kuldeep Singh Sengar, and his accomplices, but no action was taken.

Speaking about her ordeal, the victim said she and her family were threatened after they had filed an FIR. The woman demanded that action must be taken at the earliest.

"I was raped. I have been going from pillar to post for one year but no one listened to me. I want all of them arrested otherwise I will kill myself. I had even gone to the CM with no result. When we lodged FIR we were threatened," the victim told news agency ANI.

However, BJP MLA Sengar said, “This is a pre-planned incident. There was an incident in their family, case was registered. Police saved 2 innocent people, being made scapegoat by them.”

“I request administration to probe this well and punish the real culprit,” Sengar added.

Meanwhile, officials have said that a probe has been ordered and the case has been transferred to Lucknow.

"They alleged that Kuldeep Singh Sengar raped her, no action was taken and they were beaten up by the other party. On further probe it was found that both parties are in a dispute since 10-12 years," Rajiv Krishan added.