India   All India  08 Apr 2019  Embattled Badals put on strong face ahead of polls
India, All India

Embattled Badals put on strong face ahead of polls

The Badals are trying to prove that they have a complete control over the Akali politics. 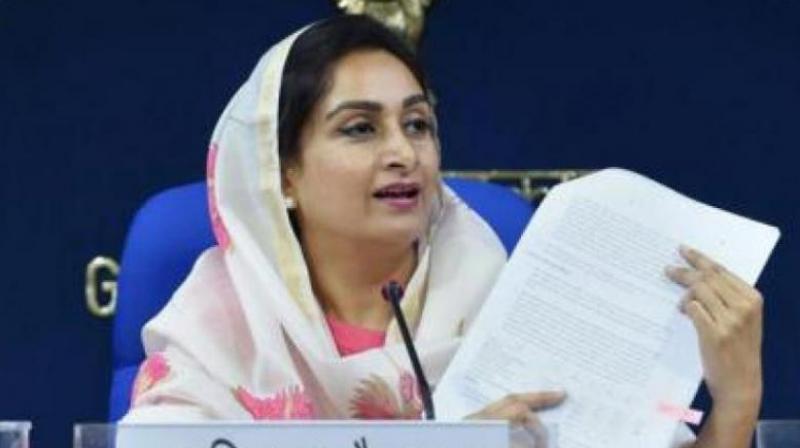 Chandigarh: Trying to bounce back from their worst debacle in the 2017 Assembly elections, the first family of Shiromani Akali Dal (SAD), facing heat from party rebels, are trying to put up a brave front.

There are indications that both the party president Sukhbir Singh Badal and his wife Union minister Harsimarat Kaur can contest parliamentary elections due on May 19 for all the 13 seats.

The political couple will contest together for the first time. The Badals are trying to prove that they have a complete control over the Akali politics.

They faced a lot of flak for the incidents of desecration of Guru Granth Sahib and other religious scriptures in 2015 when the SAD-BJP combine was in power. They were also troubled by the rebellion of several senior leaders who dented the party and challenged their hegemony over Akali politics. All the same, the Badals want to demonstrate that they are the true representatives of the Panthic (Sikh) politics.

In order to prove the detractors wrong, Sukhbir Singh Badal is trying to take the bull by the horns and in all probability would contest election from Ferozpur parliamentary constituency.

The attempt by the Badals to contest two seats is being seen as an effort to cling on to its bastions at a time when a resurgent Congress and rebel groups are set to target SAD on the issues, including investigation into the firing on protestors opposing the sacrilegious incidents. The party has been caught on the back foot on different fronts, including debt waiver plan being implemented by the ruling Congress government in the state, and dissidents who have joined splinter groups.

Hinting at his decision to contest, SAD president Sukhbir Singh Badal has said, “Our party’s core committee will take a decision in this regard. If I am asked to contest, I will abide by the party’s decision.”

It is believed that the former deputy chief minister Sukhbir Singh could contest from Ferozpur constituency. His candidature from this seat held by the party in the last five general elections, gives him time for canvassing on other seats. The party also needs to win back the Ferozpur seat as SAD’s sitting MP had formally defected to the Congress a few weeks ago.

This would make Harsimrat Kaur the second member of the Badal family to contest the polls from Bhatinda seat, the family bastion of Badals.