India   All India  08 Apr 2019  Get his body back from Pak, wife of dead Guj fisherman to govt
India, All India

Get his body back from Pak, wife of dead Guj fisherman to govt 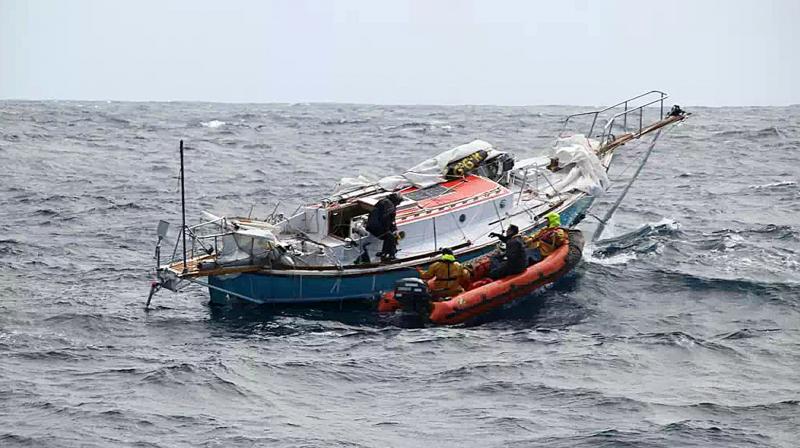 Vadodara: The wife of a Gujarat fisherman who died in a Pakistan jail early last month asked the Ministry of External Affairs on Monday to speed up the process to get his mortal remains to his village.

Bhikhabhai Bamaniya was apprehended by Pakistan maritime forces on November 15, 2017 after his vessel allegedly strayed into the territorial waters of the neighbouring country, his wife Bhaniben told PTI.

"I got to know from the Gujarat Fisheries department that my husband died on March 4 in a Pakistani jail. Now, even after a month has passed, his body has not been brought here for final rites," said Bhaniben, a resident of Paldi village in Una tehsil in Gir Somnath district.

"I want External Affairs Minister Sushma Swaraj to personally intervene. I have also requested Rajya Sabha MP Parimal Nathwani to speak to the minister," she claimed.