India   All India  08 May 2017  Clashes break out between school students, security forces in Kashmir
India, All India

Clashes break out between school students, security forces in Kashmir

The recent bout of protests was triggered by a police raid on Government Degree College, Pulwama, on April 15. 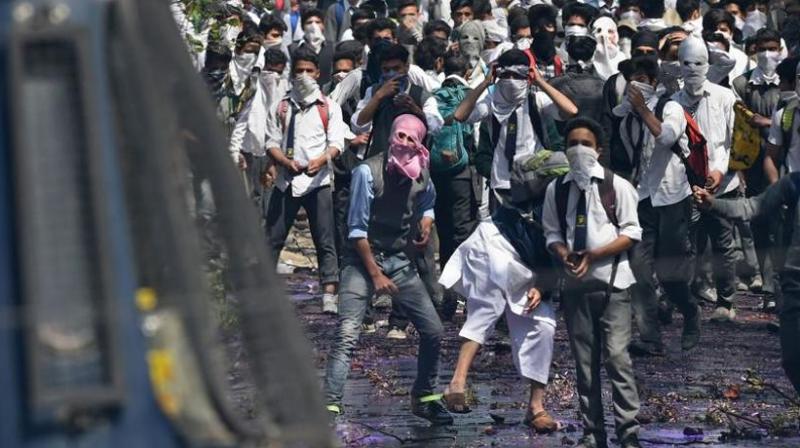 Clashes broke out between security forces and agitating students near a college in Srinagar on Monday. (Photo: AP)

Srinagar: Clashes erupted between security forces and school students after they took out a protest march in south Kashmir's Pulwama district against the alleged high handedness of security personnel, the police said.

The march, which was taken out in Tral area, 35 kms, was stopped by the security forces.

Enraged over it, the students threw stones at security personnel, who in retaliation baton charged them. The clashes were going on when reports last came in. There has been no report of anyone getting hurt, a police official said.

The students were demanding action against security personnel, who allegedly roughed up students during the ongoing protests and the release of their arrested schoolmates.

The recent bout of protests was triggered by a police raid on Government Degree College, Pulwama, on April 15. Students, including girls, from schools and colleges have participated in the protests in large numbers.

These had prompted the authorities to suspend the teaching work in the higher educational institutions for over a week last month as a precautionary measure.

A number of students were arrested during clashes in Srinagar and elsewhere in the Valley.