India   All India  08 May 2018  UP man carries wife's body on shoulder after being denied hearse
India, All India

UP man carries wife's body on shoulder after being denied hearse

The Badaun district hospital said that it has two hearse vans which are provided to anyone who asks for it. 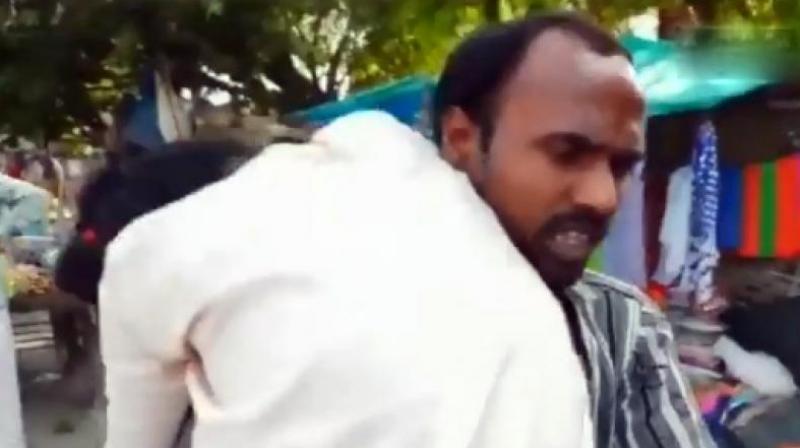 Badaun: Incident of medical apathy continues in various parts of the country. The latest report was received from Uttar Pradesh's Badaun where a man was seen carrying the body of his dead wife on his shoulders and pleading with tempo drivers to drop the body home as he was reportedly denied a hearse by the district hospital.

The hospital authority, however, has denied the allegations and said that the hospital has two hearse vans which are provided to anyone who asks for it.

The Chief Medical Officer (CMO) has ordered an inquiry into the matter.

CMO told news agency ANI, "Got to know of it through media, it is condemnable, but we have two hearse vans, which are provided to whoever asks for it. I'll look into it and punish those at fault."

The incident brings back memories of Dana Majhi, a tribal man who walked over 10 kilometres with his wife's body in Kalahandi in 2017.

Several such instances have been reported since then.

Uttar Pradesh’s Barabanki saw a similar incident two months back when a differently-abled son and his sister were forced to carry the body of their father on a rickshaw after they were denied a hearse van.

The family of an 80-year-old woman had to carry her body, tied in cloth, on their shoulders from a hospital in Odisha in July, 2017.

Similar incident was also reported from Jharkhand's Chatra district where a man's body was carried by family members in a bedsheet after being denied a hearse in July, 2017.

In March 2017, the relatives of a woman were forced to carry her body home on their shoulders after being allegedly denied an ambulance at a government hospital in Bihar's Muzaffarpur district.

The state governments have ordered health departments to ensure that the dead are treated with dignity and respect. However, the plight of the poor appears to be playing on an unending loop.

#WATCH Badaun: Man carried wife's dead body on his shoulder in the absence of a hearse van, yesterday. Chief Medical Officer has ordered probe into the matter pic.twitter.com/5GXQ5SxBbU