The state government informed that situation in eight out of total nine affected districts has improved. 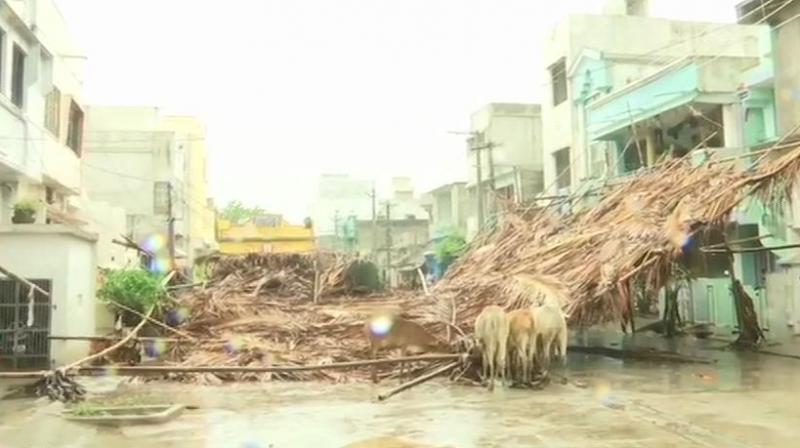 Odisha Government also informed that additional financial assistance of Rs 1,000 crores released by the Centre had been received by them. (Photo: ANI | Twitter)

Bhubaneswar: The death toll in Cyclone Fani rose to 41 while the rehabilitation is underway on war footing in the affected districts, Commissioner and Secretary, Information and Public Relations, Sanjay Singh told ANI on Wednesday.

The National Crisis Management Committee (NCMC), under the Cabinet Secretary P. K. Sinha today again reviewed the rescue and relief measures in the cyclone Fani affected areas in the state with the senior officials of Odisha Government and Central Ministries or agencies concerned.

The state government informed that situation in eight out of total nine affected districts has improved.

About 3500 men are engaged in the restoration of power transmission lines, sub-stations etc. and more workers would also be arriving from West Bengal and Telangana.

Landline telephone services in Puri have started functioning and BSNL and other Telecom Service Providers have also somewhat improved their mobile services.

The state government, in coordination with the Centre, has prepared a detailed plan identifying priority areas for restoration of power and telecom facilities in Puri and Bhubaneswar.

Water supply in urban and rural areas has been restored to a large extent with the help of diesel generator sets.

Odisha Government also informed that additional financial assistance of Rs 1,000 crores released by the Centre had been received by them.

While banking services have also resumed in Puri, non-availability of power and telecom connectivity was hampering the functioning of some ATMs.

Cyclone Fani which made landfall in Puri district on May 3 left a trail of destruction in the state.