India   All India  08 May 2020  Karnataka records highest spike in a day after lockdown relaxations
India, All India

Karnataka records highest spike in a day after lockdown relaxations

The earlier highest was 38, when two clusters were in full bloom -- Jubilant Pharma and Nanjanagud. 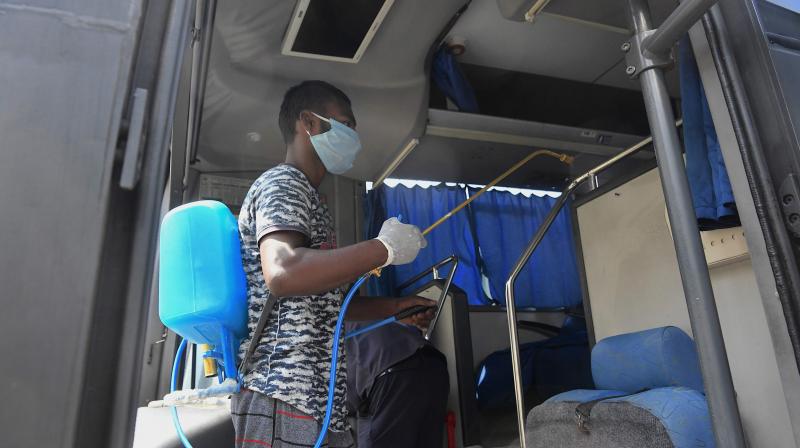 BENGALURU: After two months of dodging, worst has hit Karnataka, which has recorded highest spike in a day, with 45 fresh cases of COVID-19 reporting on Friday.

The earlier highest was 38, when two clusters were in full bloom -- Jubilant Pharma and Nanjanagud -- after people contracted the virus through those who returned from Delhi after attending the Tablighi Jamaat congregation. Interestingly, both factors have died down in the State.

The shock has come three days after the State relaxed lockdown norms, much more than what was allowed. While opening liquor shops was allowed by Centre, Karnataka had moved ahead to relax many more areas to ensure that most of the business establishments opened. The social distancing norms had been neglected during these three days.

This is the highest ever cases recorded in a single day ever since the deadly virus entered the state on March 9. Officials are scared as this number is as per the mid day update and the numbers will go up to set a new high in the state by evening. The total tally in the state is at 750 with 30 deaths.

Of the 45 fresh cases, 14 cases are from Davangere, 12 from Uttara Kannada, 11 from Belagavi, 7 from Bangalore and one case from Ballari. Last week, Mandya and Davanagere shot into news as new hotspots. While Mandya came under control quickly, Davanagere continues to haunt the medical faculty.

Worst is Bhatkal, which was one of the first district to get a cluster attack, but successfully brought the situation under control. However, one person visiting Mangaluru turned the almost green zone back into red zone.

BBMP officials, who were demanding the central government to announce all wards free from corona positive cases to be declared as 'green zones', are giving a second thought over the proposal. Out of 7 fresh corona positive cases from Bengaluru, in 3 cases they have not been able to establish the source of infection.

As per sources, the 7 cases are from Shivajinagar ward, (which was sealed early this week after a housekeeping staff tested positive) and from the containment zone Padarayanapura, which was among the first to be declared containment zone and witness seal down on April 10.

After the fresh cases from Shivajinagar, shops in Commercial Street which were open for business were asked to shut immediately.

Among the infected is a 34-year-old pregnant woman, a resident of Padarayanapura who had visited the BBMP Maternity Hospital near Sirsi Circle, Chamrajpet. Those  admitted in the hospital have been shifted and the medical staff who attended the pregnant woman have been advised self quarantine. The hospital is sealed and being sanitised.

The pregnant woman who is expecting to deliver soon is shifted to the dedicated Covid 19 facility at Victoria Hospital.

Four of seven positive cases from Bengaluru have one source of infection.

Fourteen cases from Davangere have their source of infection in 2 positive cases - one with a history of Influenza like Illness and a SARI patient who succumbed to Covid 19.

All the 12 fresh cases from Uttara Kannada have one source of infection, a case of Influenza like Illness.

Eleven cases have been reported from Belagavi and they were primary contacts of more than five positive cases.

Like the cases from Bengaluru, officials have not been able to detect the source of infection in the case reported from Ballari.