The man had a debt of around Rs 60,000 and had also taken loans from some private lenders, police said. 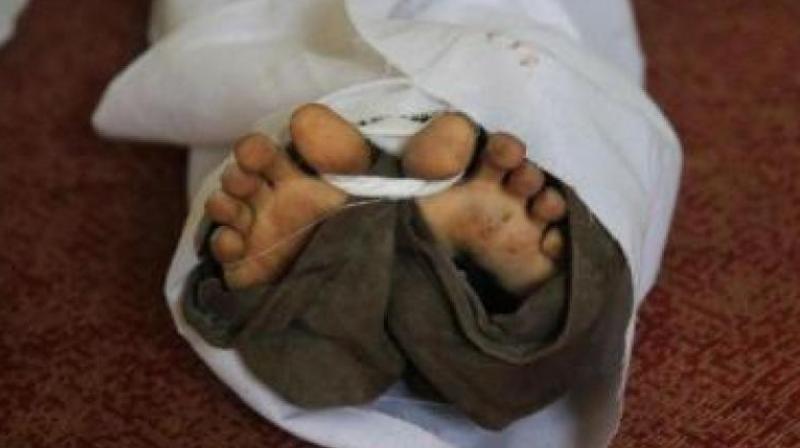 The deceased, survived by wife and two children, was the eldest son in his family. (Representational image/File)

Pune: Amid the ongoing agitation by farmers in Maharashtra, a cultivator allegedly committed suicide at a village in Solapur district, leaving behind a note purportedly
stating that he should not be cremated till the chief minister visits his place and meets their demands.

Dhanaji Jadhav, 45, hung himself from a tree near his house at Veet village in Karmala tehsil last night, Solapur Collector Rajendra Bhosale said on Thursday.

According to Karmala police, Jadhav's suicide note, addressed to his friends and relatives, said, "I am a farmer, Dhanaji Chandrakant Jadhav. I am committing suicide today. Please take my body to village and do not cremate me till Chief Minister Devendra Fadnavis comes here."

Bhosale also confirmed that the farmer's suicide note stated his body should not be cremated until the chief minister visits his place and announces a loan waiver for
farmers.

Solapur's Guardian Minister Vijay Deshmukh paid a visit to the village on Thursday.

The deceased, survived by wife and two children, was the eldest son in his family. He possessed 2.5 acres of cultivable land.

He had a debt of around Rs 60,000 and had also taken loans from some private lenders, police said.

After the incident, the farmers' organisations resorted to a 'rasta-roko' (road blockade) and called for a bandh in Karmala tehsil.

The Solapur collector said he was on his way to the village.

Police teams have also been rushed to the spot to prevent the situation from spiralling into a law and order issue, he said.

Chief Minister Devendra Fadnavis has been under attack by opposition parties and BJP's ally Shiv Sena over sustained protests by farmers across Maharashtra for last one week, resulting in sharp rise in agri commodity prices.

Fadnavis' recent statement promising a loan waiver by October 31 has failed to pacify the agitating farmers, who have continued with their stir.