The horrifying incident was recorded on camera by a girl from the neighbourhood, a video of which later went viral. 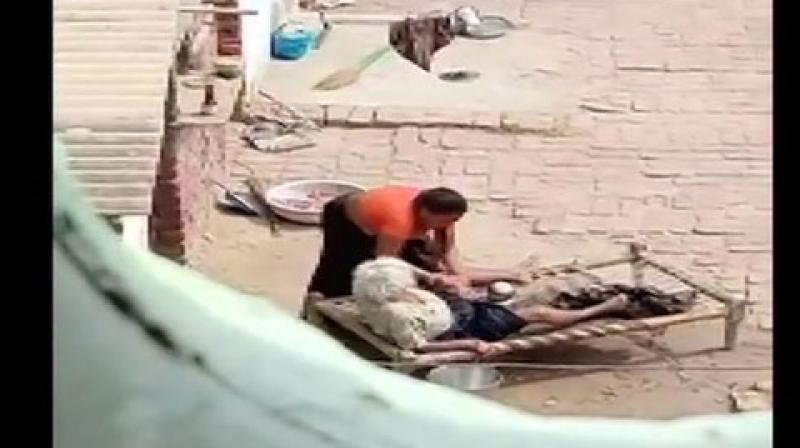 a woman was caught beating her elderly mother-in-law on camera in Niwaz Nagar village of Haryana's Mahendragarh district. (Photo: Screengrab)

Mahendragarh: In a horrifying incident, a woman was arrested after being caught for beating her elderly mother-in-law on camera in Niwaz Nagar village of Haryana's Mahendragarh district.

Haryana CM Manohar Lal Khattar said, "Immediate action has been taken and the woman who had beaten her mother-in-law has been arrested. Investigation is being done, further action will be taken."

The incident was recorded on camera by a girl from the neighbourhood, a video of which later went viral.

This brutality is done by a lady to his mother in law in my village niwajnagar(naranul,haryana).Old lady is ill and she can't move without any help.Old lady is wife of freedom fighter who is no more. plz take action @mlkhattar @cmohry @police_haryana pic.twitter.com/Eey6ZngjAz

Soon after the clip made its way online, police took cognizance of the matter and reached the victim's house.

The old lady was taken for a medical examination by cops.

"We are taking her for medical examination after that we'll take her wherever she wants to go," a police official said.

The daughter-in-law is currently absconding.