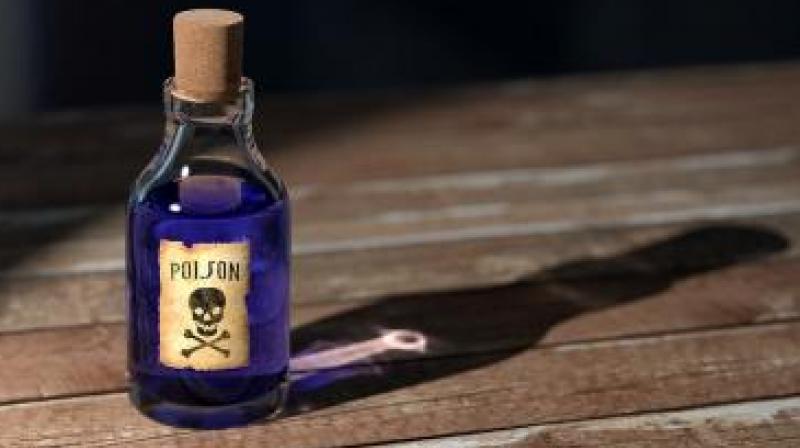 Ahmedabad: A woman dentist, feeling ignored by the family, allegedly killed her brother and his 14-month-old daughter by poisoning them in a span of 25 days, Patan police in Gujarat said on Friday.

Following a complaint by her father, Kinnari Patel, the 28-year-old dentist, was arrested from Ahmedabad on Thursday, said inspector RG Chaudhari.

The woman's father, Narendra Patel, told the police that his son Jigar had started complaining of symptoms of illness including seizures around six months ago.

"The Patel family lives in Ahmedabad. When they were visiting Patan in May, Jigar suddenly collapsed one day. He was declared brought dead at a hospital on May 5," said Chaudhari.

"On May 30, when the family was visiting Narendra Patel's brother in Patan, Jigar's daughter also fell ill. Kinnari was present there too. The baby was taken to a hospital but she died," the police officer said.

"The family grew suspicious as Kinnari did not show any grief on both occasions," the police inspector said.

"When Kinnari was questioned by other family members, she allegedly confessed to have poisoned Jigar and Mahi. Following this, her father approached Patan police on Wednesday and she was arrested on Thursday," the police said.

"Kinnari told us that she was feeling ignored, she was not given importance by other family members. She developed an inferiority complex. So she decided to kill Jigar and Mahi by slow poisoning. She started mixing the poison in their drinking water," Chaudhari said.