'Kerala is as much mine as is Varanasi,' says PM Modi in Guruvayur 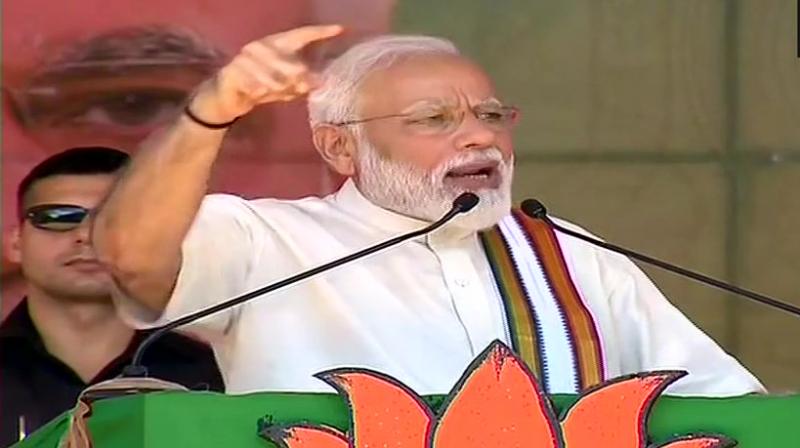 PM Modi said that elections have their own place but after polls there is an important responsibility which is towards 130 crore citizens. (Photo: ANI | Twitter)

Guruvayur: Addressing BJP workers in Kerala’s Guruvayur, Prime Minister Narendra Modi said, “Be it Udupi, Guruvayur or Dwarkadhish, for us - the people of Gujarat, there is an emotional connect. Coming from Gujarat, the land of Dwarkadhish, to Guruvayur gives one a special feeling.”

PM Modi said that elections have their own place but after polls there is an important responsibility which is towards 130 crore citizens.

“Those who made us win our ours, those who did not make us win are also ours. Kerala is as much mine as is Varanasi,” he added.

He said political parties and pundits failed to gauge the public mood ahead of the Lok Sabha election and thanked the electorate for reposing confidence in the saffron party.

Terming the just concluded Lok Sabha election to 542 seats as a "festival of democracy," Modi lauded and thanked the electorate of Kerala for their contribution to it.

The BJP was not working for mere electoral politics and was keen on building the country and ensuring India gets its place of pride in the international arena, Modi added.

On the Nipah virus issue, he said the Centre was working "shoulder-to-shoulder" with the Kerala government to provide all required assistance.

Earlier on Saturday, Prime Minister Narendra Modi offered prayers at the famed Lord Krishna temple. He also performed the thulabharam ritual for which the temple authorities had reportedly arranged over 100 kg of lotus flowers.

The ritual is an important offering to Lord Krishna wherein a person is weighed against a commodity such as flowers, grains, fruits and similar articles and the equal value or quantity is offered as donation. 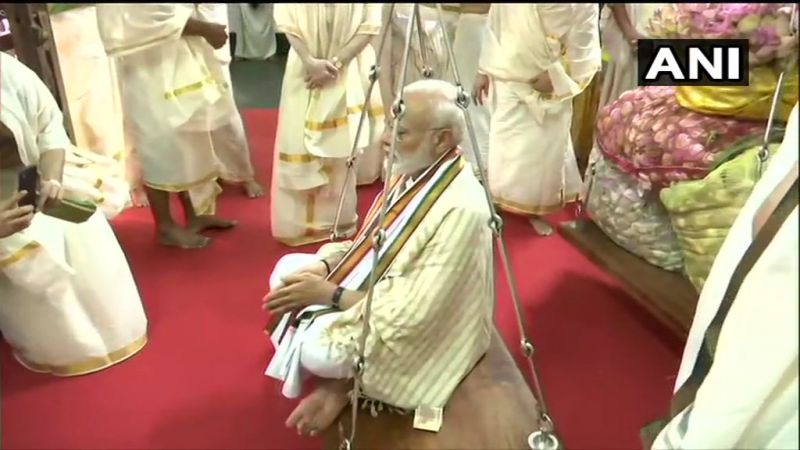 Wearing a traditional Kerala dhoti and white shawl, Modi was received at the temple gate by the authorities with a traditional poornakumbh.