It will be his first diplomatic overseas visit after coming to power for the second term. 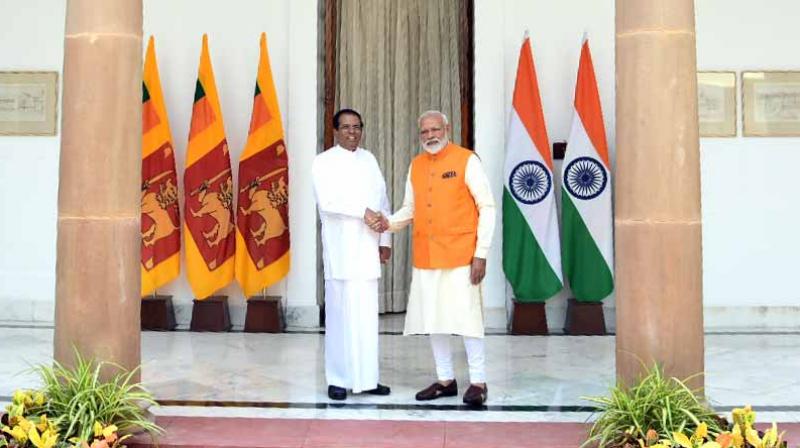 New Delhi: Prime Minister Narendra Modi will embark on a two-day visit to the Maldives. It will be his first diplomatic overseas visit after coming to power for the second term.

After Maldives, Prime Minister Modi will stopover in Sri Lanka. Through these visits, The Prime Minister aims to underline his government's continued commitment towards its 'Neighbourhood First' policy.

According to a release issued by the Ministry of External Affairs, the Prime Minister is expected to arrive in Male at 3:05 pm (local time).

PM Modi will be given a ceremonial welcome at Republic Square here. He will then commence his historic bilateral visit by holding delegation-level talks with President Ibrahim Solih at 4 p.m. (local time).

They will also jointly inaugurate a couple of projects, including the crucial coastal surveillance radar system, which is a key step towards enhancing maritime security in the Indian Ocean region.

The Prime Minister will also meet Faisal Naseem, the Vice President of the Maldives, at 6 p.m. (local time), followed by talks with former President and Speaker of the Majlis, Mohamed Nasheed, at 6:30 p.m (local time).

The Prime Minister is further scheduled to address the Maldivian Parliament at 6:45 p.m. (local time).

Last Month, the Maldivian Parliament unanimously passed a resolution for inviting Modi to address the House during his visit.

The visit is in tune with the 'India first policy' of Male and 'Neighbourhood First' policy of New Delhi. The streets in Male have lined up flags of India and Maldives, to welcome PM Modi and his delegation.

Modi had earlier visited the island nation in November last year to attend the swearing-in ceremony of Solih, who assumed office after defeating Abdulla Yameen in the presidential polls.

Modi will also be visiting Sri Lanka on June 9 at the invitation of President Maithripala Sirisena, the first visit of a foreign leader following the deadly Easter Sunday terror attacks that killed more than 250 people on April 21.