Foul smell was not a gas leak, says BMC 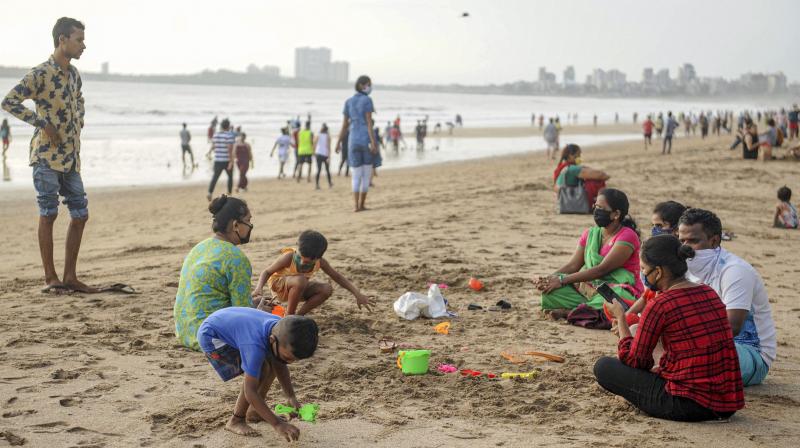 A family spends a day out at the Juhu Chowpatty in Mumbai. PTI photo

People in some areas of Mumbai complained of a foul odour in their localities, prompting the authorities to check the source of the smell, a Brihanmumbai Municipal Corporation (BMC) official said on Sunday. The fire brigade said no gas leakage was found in areas including Chembur, Ghatkopar, Kanjurmarg, Vikhroli, Powai and Andheri from where the calls were received.

“Situation is under control. All necessary resources have been mobilised. Origin of the smell is being investigated. 17 fire appliances are on the field equipped with a public announcement system and ready for response if required,” the BMC tweeted earlier on Sunday.

“The entire location was searched but no gas leak was found,” a fire official said.

The fire brigade also contacted Hindustan Petroleum Corporation Limited, Bharat Petroleum Corporation Limited, Mahanagar Gas Ltd, and Rashtriya Chemicals & Fertilizers about the same but there were no reports of a gas leak. The fire brigade shared a video showing announcements being made and residents being asked to reach out to them in case they face serious problems due to the foul odour.

A fire appliance is a vehicle designed to assist in firefighting and other rescue operations. It is normally based on a truck chassis and weighs over 12 tonnes.
Shiv Sena minister Aaditya Thackeray, whose party controls the BMC, tweeted, “Situation is under control. I urge all not to panic. All possible and necessary resources are mobilised.”