Out of the 33 personnel, 18 of the Mumbai police force succumbed to the infection 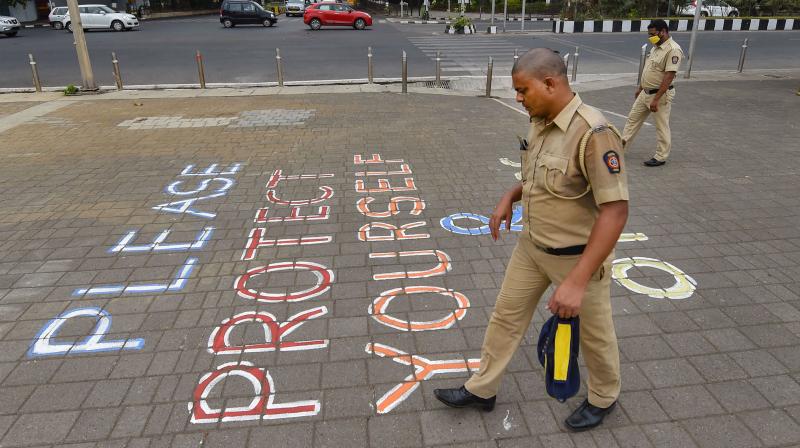 A mumbai police personnel walks past a painted message at Marine drive in Mumbai. PTI photo

At least 33 Maharashtra police personnel, including an officer, have so far died of Covid-19. As many as 2,562 police personnel have till now tested positive for the deadly disease in the state.

Out of the 33 personnel, 18 of the Mumbai police force succumbed to the infection.
As of now, the number of active cases in the state police force is 1,497, including 196 officers. During the lockdown, 260 policemen were assaulted for which 841 people were arrested, an official said, adding that nearly 86 security personnel were injured in the attacks.

Besides, 45 health professionals were also attacked during the lockdown. Police registered 1,23,424 offences under Indian Penal Code Section 188 (disobedience to order duly promulgated by a public servant). Also, 1,330 offences were registered for illegal transportation during the lockdown for which 23,866 people were arrested and over 80,000 vehicles seized.

The police collected fine worth Rs 6.62 crore for various offences, the official said. Personnel at the police control rooms handled over one lakh calls of queries and complaints related to Covid-19 during the lockdown, he added.