India   All India  08 Jun 2020  Special flights out of reach for students stranded abroad
India, All India

Special flights out of reach for students stranded abroad 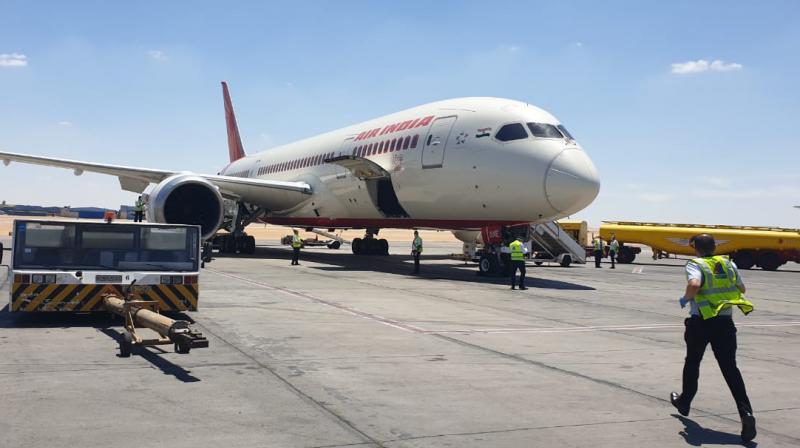 Kochi: So what if the Union government  launched the special flight services under Vande Bharat Mission to repatriate Indians stranded across the globe during the national COVID-19 lockdown, a large section of the expatriates are unable to use the service due to exorbitant ticket fare. Students and those who lost their jobs are badly affected. In some cases, the ticket prices are more than Rs.2 lakhs which makes it impossible for them to return in special flights.

Tickets from Gulf region and few other neighbouring countries, from where Air India Express is operating therir services, are not very expensive. But, from European countries, US and Canada, the tickets are very high and sometimes even double the rate of the normal fare.

“Normally the ticket rates are in the range of 900AUD, but for the Vande Bharat flights, it's 1300 to 1700 AUD. Most of the first and second-semester students want to travel back home as only online classes are being conducted right now. But, many of them are finding it difficult to raise funds for their airfare. Though students are attending the online classes, Universities are not reducing the fees, which is another concern for us,” said Aravind, an MS student in Queensland University, Australia.

Sunil Kumar Bhardwaj from Punjab, a marine student in UK said that though he wants to go back home, he can’t afford the high ticket charges and the additional money to be paid for institutional quarantine back home. “I have requested my family to raise funds by some means and send it soon. Till then, I have to wait,” he said.

Due to the unaffordable flight charges, many students are waiting for the government’s decision on resumption of international flight operations.

Akhil Dharmaraj, a marine engineer from Kerala, who recently returned from the UK under Vande Bharat Mission flight said that he had to pay double the amount of normal fare. “I paid Rs.60, 000 for two-way ticket for normal flight service while I had to pay the same amount for one-way ticket in Vande Bharat flight,” he said.

“During this time of distress, when many have lost their jobs, students struggling with no part-time job and living in fear of the global pandemic, it is unfortunate that the government is charging heavy fare for Vande Bharat special flights. It is misconception that only rich people are studying in foreign countries,” said Prince George, a student in Australia, who lost the part time job.

Meanwhile, a group of students from Kerala studying in Al-Azhar University, Cairo, Egypt have sought the immediate intervention of the Union and state governments to help them to return. Though special flight has been announced from Cairo on June 15, they are not in a position to afford the heavy ticket price, according to reports by a regional media. They are apprehensive over the increasing number of COVID-19 cases reported in Egypt.

However, civil aviation minister H.S Puri has earlier refuted allegations of high air fare for Vande Bharat flights saying that the rates are reasonable when compared to the charges of evacuation flights of many other countries.