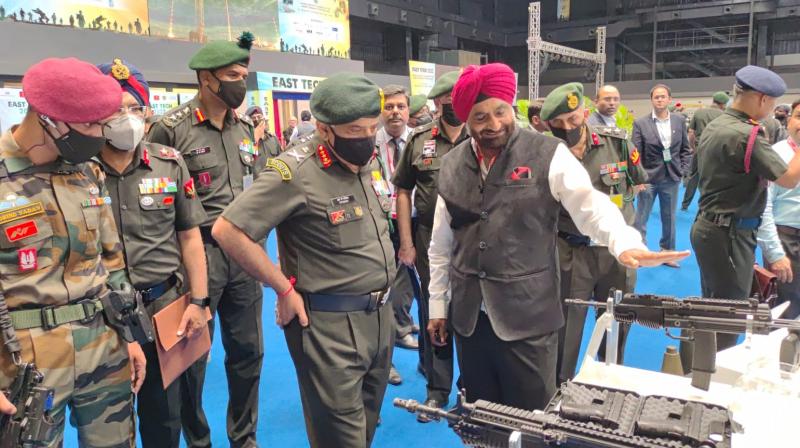 Kolkata: The Mamata Banerjee government on Thursday announced it's plans to build a defence corridor in West Bengal and proposed to allot land with incentives to defence manufacturers to attract their investments for the project.

State chief secretary HK Dwivedi said at East Tech 2022, the first ever mini defence expo organised by the Eastern Command of the Indian Army, CII and SIDM in Kolkata, "Although two defence corridors are coming up in the country, we would like to have a defence corridor of manufacturing in our state irrespective of whatever land is required. If we have the right type of entrepreneurs, the private sector comes forward and they have a buy back or procurement witv all requisite approvals from the defence forces, say army, we will allot land."

He added, "Whatever incentives are available from the state government, whatever facilitation has to be done, we are eager to do that. Our state has locational advantages along with the PSU sectors and a large number of MSME units which produce high precision equipments for the engineering sector. There are private defence players who want to come here. We want investment and employment in this sector like others. "

On Mr Dwivedi's offer, Eastern army commander Lt Gen RP Kalita, who inaugurated the two-day event, said, "Any such facilities coming up is a welcome step definitely because it will be then easier for Eastern Command to meet it's requirement. We have to take it up with the ministry and the government which requires a process that has to be driven by them."

He also called the deaths of more than 28 Territorial Army troopers in a landslide in Manipur "a very unfortunate incident" and added, "Nature's fury can not be fought by anybody. But I do not think such incidents are going to have an impact on the government's will to pursue development activities in the North East. We remain committed to support the government in such activities."