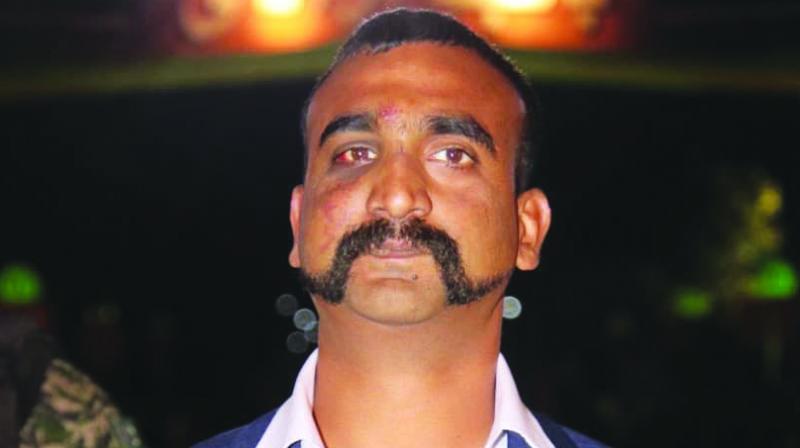 Varthaman was captured by the Pakistani Army on February 27 after his MiG-21 Bison jet was shot down in a dogfight with Pakistani jets during the aerial combat. (Photo: File)

New Delhi: Indian Air Force Wing Commander Abhinandan Varthaman, who became the face of tense military confrontation between India and Pakistan, is likely to be awarded Vir Chakra, for shooting down a Pakistan’s F-16 during a dogfight on February 27.

According to sources, along with Varthaman, the five Mirage-2000 fighter aces, who dropped bombs on the terror camps of the Jaish-e-Mohammed, will also be felicitated with the Vayu Sena Medal for gallantry.

Varthaman was captured by the Pakistani Army on February 27 after his MiG-21 Bison jet was shot down in a dogfight with Pakistani jets during the aerial combat. He was released on the night of March 1 by Pakistan after being held captive for more than 60 hours.

After he was captured, Varthaman showed immense courage and grace in handling the most testing circumstances. His valiance was praised by politicians, strategic affairs experts, celebrities and the general public.

The Indian strike on the JeM camp came 12 days after the terror outfit claimed responsibility for a suicide attack on a CRPF convoy in Kashmir, killing 40 soldiers.