The Indian domestic air passenger traffic which shares 1.6 pc of the total global air passengers market stood at 5.1 pc in May, 2019. 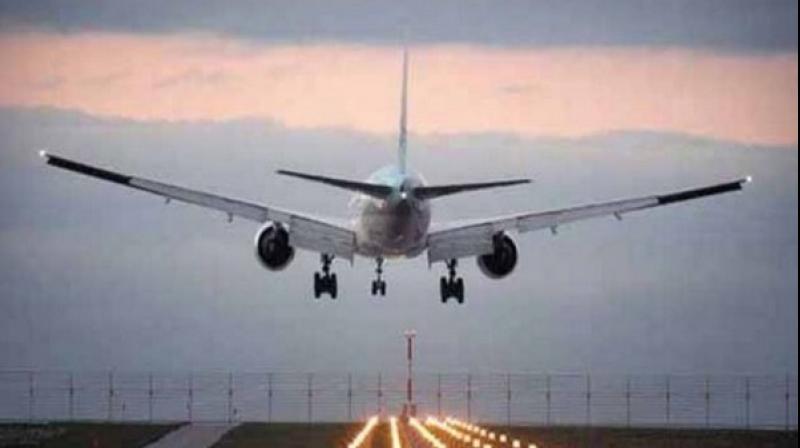 The IATA statistics informed that Russia has topped the growth charts once again with 10.3 per cent slipping down marginally from 10.6 per cent it had registered in May, 2019. (Photo: Representative)

Kolkata: In what has come as a boost to the Indian aviation industry in wake of debt-ridden Jet Airways' shutdown, the domestic air passenger traffic of the country has recorded a 7.9 per cent growth in demand (revenue passenger kilometres: RPK) in June compared to year-ago period.

The Indian domestic air passenger traffic which shares 1.6 per cent of the total global air passengers market stood at 5.1 per cent in May, 2019.

Thus it has globally bagged a place among the top three countries in the RPK segment led by Russia, according to the International Air Transport Association (IATA) which on Thursday announced global passenger traffic results for June, 2019.

The IATA statistics informed that Russia has topped the growth charts once again with 10.3 per cent slipping down marginally from 10.6 per cent it had registered in May, 2019.

It stated, "Domestic Russia RPKs continue to perform strongly on a year-on-year basis, recording double-digit growth (the only domestic market to do so on this occasion) for the 11th consecutive month. Notwithstanding a soft Q1 GDP result, the domestic air transport market has been supported by lower airfares as well as an increase in both the number and frequency of city-pair connections."

Russia is closely followed by China and India. The IATA elaborated, "Growth in the domestic Chinese market picked up modestly in June to a brisk 8.3% year-on-year pace. However, with growth previously running at a double-digit rate in the not-so-distant past, the impact of the slowing of the Chinese economy on passenger demand is clear." In May this year China's RPK was 7.6 per cent.

The IATA data added, "The domestic India market has proven resilient in the face of the demise of Jet Airways earlier in the year. Growth in domestic RPKs have recovered strongly, lifting to a 7.9% year-on-year pace in June, as the remaining carriers moved quickly to fill the gap created by the loss of a competitor and to meet the customer demand."