Incessant rainfall has wreaked havoc, with normal life being disrupted due to a flood-like situation over the past few days. 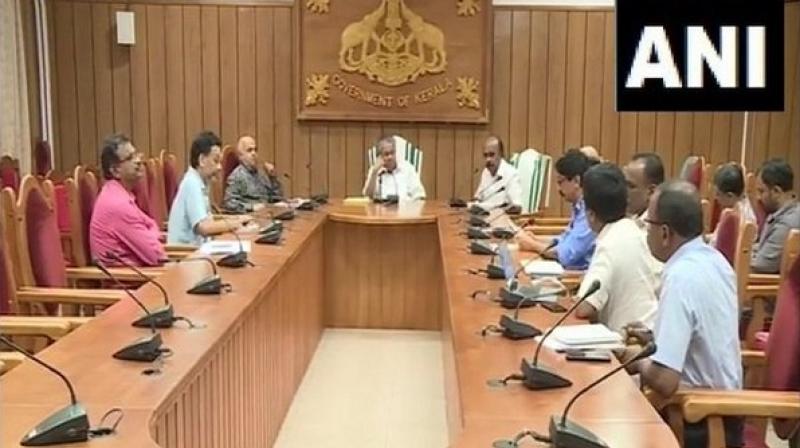 Idukki: Kerala Chief Minister Pinarayi Vijayan on Thursday chaired a high-level meeting with the top government officials here to take stock of the flood-like situation in the state.

The Chief Minister has ordered district collectors to monitor the situation continuously.

Incessant rainfall has wreaked havoc in many parts of Kerala, with normal life being disrupted due to a flood-like situation over the past few days.

The Kerala Disaster Management Authority issued 'Red Alert' for Idukki, Malappuram and Kozhikode districts for the next 24 hours, while 'Orange Alert' was issued in Thrissur, Palakkad, Wayanad, Kannur and Kasaragod.

All schools and colleges in Malappuram and Wayanad districts will remain closed for two days, KDMA said.

Kerala had witnessed the worst deluge in nearly a century in August last year, which claimed lives of more than 400 people and caused damage to the tune of nearly Rs. 20,000 crore.