On Wednesday, a government order designating Devi as a green ambassador for the Chief Minister’s Green Manipur Mission was issued. 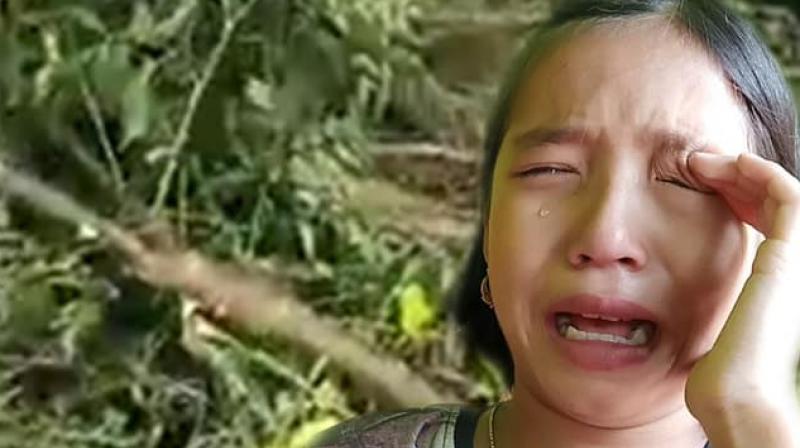 The video clip of her crying went viral in social media. (Photo: Facebook)

Imphal: A nine-year-old girl, who was in the news recently after she sobbed inconsolably when two trees she planted were cut down, was appointed as the Manipur government’s new ambassador for its green mission.

Elangbam Valentina Devi, a class five student, wept when two saplings that she planted near her house in the state’s Kakching district four years ago were cut down to widen a road. She cried inconsolably.

The video clip of her crying went viral in social media.

After watching the video, The CM, N Biren Singh, instructed Kakching Superintendent of Police Victoria Yengkhom to visit the girl’s house to console her and give some saplings to her, The New Indian Express reported.

“On July 18, we had launched the Chief Minister’s Green Manipur Mission. Suddenly, it came to my mind that this child should be made the green ambassador,” the CM said.

On Wednesday, a government order designating Devi as a green ambassador for the Chief Minister’s Green Manipur Mission was issued.

“She will be involved in various government-sponsored plantation programs including ceremonial plantations, VIP involved plantations, World Environment Day and Van-Mahotsava. She will be also part of all such advertisements/campaigns which promote an increase in green cover in Manipur,” the order stated.