The philosophy of “social control” over banks and other financial sector institutions was being already discussed in the 1960s. 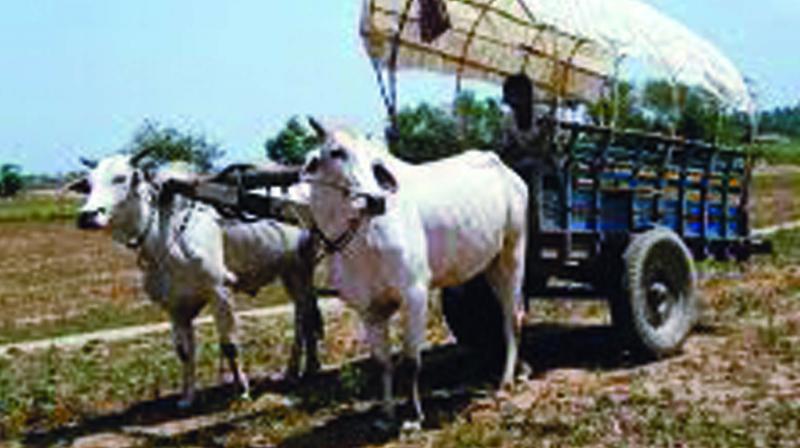 State-owned banks in developing countries have an important socio-economic objective – to meet the needs of the most vulnerable sections of the economy.

We are in the midst of the golden jubilee of bank nationalisation — an epic milestone in India’s financial history. India’s journey towards financial inclusion started more than a century ago with the enactment of the Indian Co-operative Credit Societies Act, 1904, which was legislated to serve the financial needs of farmers. However, the first major milestone in democratisation of banking came with nationalisation of 14 private banks in 1969 followed by another dose of nationalisation in 1980 – putting 85 per cent of the deposit base into the hands of the government.

The philosophy of “social control” over banks and other financial sector institutions was being already discussed in the 1960s. The Imperial Bank of India had already been nationalised and was renamed the State Bank of India (SBI). The other banks of the princely states were acquired by SBI much earlier.

The social banking revolution, which followed nationalisation, certainly helped banking expand its outreach. The Indian government launched an ambitious social banking programme, which sought to improve access of the rural poor to formal credit and saving opportunities. A key feature of this programme was expansion of bank branches in hitherto-unserved rural locations (i.e. rural areas without any formal credit or saving opportunities).

It was public banks that revolutionised rural India in the social banking era of the 1970s. It was the emphasis on those excluded from the formal financial stream that led to a slew of measures in the field of finance, and drove so many bankers into the arena of the battle against poverty.

State-owned banks in developing countries have an important socio-economic objective – to meet the needs of the most vulnerable sections of the economy. Apart from being required to lend 40 per cent of their loanable funds at a concessional rate to the priority sector (particularly agriculture); state-run banks have to shoulder the main burden of the government’s development policies — from rural lending to infrastructure development.

Our banking policies allow certain bypass routes for banks to achieve their priority lending targets through investments in bonds which can be classified under priority-sector lending. Most private banks have resorted to this route to keep away from lending in mandated sectors that are now contaminated with a sick credit culture. But public banks continue to serve these sectors and remain their mainstay.

It was in the mid-1990s that banking changed course and lost its appetite and enthusiasm for rural clientele. The main reason was the bloating mountain of dud loans that had to be ploughed by bankers like rotten potatoes. India’s pile of soured loans, whose value degrades like an unstable isotope, is a classic example of how powerful and politically influential tycoons undermine the rules to secure credit and then default on it. The huge losses posted by banks and the desperate attempts by the government to detoxify balance sheets show how difficult it is for the rescue plans to deliver. When borrowers become insolvent, their loans are added to an existing mountain of debt. Each time it happens, banks have to make heavy write-downs, ultimately choking the credit line. To keep these banks going, the government has to regularly keep injecting capital into them.

The world’s great philanthropist and investment leader, Warren Buffett, once said, “It’s only when the tide goes out that you realise who has been swimming naked.” When the banking system hit the rocks and the tide turned, the naked were caught disrobed. Similarly, sometimes it takes a pitch-black economy to reveal who and what in the financial firmament really shine. It is only when darkness falls that one can see the stars twinkle. The moonlight comes from the otherwise bleak sky of the financial world through honest taxpayers, who are transfusing precious blood to the currently bleeding banks.

Most people have a psychological aversion to repaying bank loans. In several cases, they have sufficient assets and capital to redeem their debt but they use every possible means to avoid it. Things have turned so bad that whether it is an individual or institution, getting back any money at all is a reason for celebration. We have seen several business leaders splurging on celebratory occasions but avoiding repayment of loans. They have neither lost their homes nor have had to curb their lifestyles despite offering personal guarantees for loans to banks. In this respect, small customers are far more honest than big ones. Some of them have such exemplary loan records that it makes bankers blush.

The reason why we have been trying to protect the borrower against the creditor all these years is that the cruel moneylender looms large in our collective psyche. The scene now is totally different. Large borrowers are not like helpless illiterate farmers and the lender today is not the cruel sahukar but the humane public bank. When these large businessmen default, they rob each taxpayer. In several cases, precious banks funds are being used to finance luxurious lifestyles of these recalcitrant borrowers. We show such promptness in condemning waivers for poor farmers but we lack courage to tame the large fishes because they have enormous clout.

Each time bank’s balance sheets turn red and loan losses can no longer be oxygenated, banks have to make heavy write-downs, sloughing the dud loans and wiping out profits and undermining their balance sheets. Most big defaulters have the money to employ legal eagles and it is here the law flounders.

Politicians are equally guilty of undermining the integrity of banks. They stack the decks with populist sops, using banks as spigots for burnishing their election credentials. This is in addition to their original sins where they force banks to shovel huge infeasible loans to their buddies.

The question is – why should ordinary people bear the burden of the fat cats? These freeloaders are gleefully and remorselessly winnowing scarce bank capital. The government has to goose banks to spruce the balance sheets and make them financially able-bodied so that they can start lending again. Ironically, instead of being chastised, these delinquent business leaders are lauded as captains of the industry and adorn glorious positions in industry associations.

Banks are known to become aggressive in turning mortgage defaulters to the streets. Hundreds of indebted farmers are tying the noose out of sheer humiliation at the hands of the moneylender while the unabashed big fish keep taking acrobatic dives into the financial ocean, riding every turbulent storm with gusto. Then there is a class of salaried people who rarely default, but are chased down for their small, unpaid debts. The bankers seem to be totally helpless when it comes to malfeasant promoters of big businesses. Scammers and swindlers have outfoxed the system. The bank’s safeguard systems are buttressed by state institutions, such as regulators, bankruptcy procedures and courts. But what finally underpins the security of the whole ecosystem is trust. The Reserve Bank of India (RBI) now no longer appears to be the financial seer that was lionised for insulating the domestic economy from the financial turmoil of 2008.

Government ownership of banking continues to be widespread, despite evidence that the objectives of such ownership are rarely achieved, and that it weakens the financial system rather than strengthening it. There is now a broad consensus on reducing, even if not totally eliminating, state ownership. However, privatisation has to be designed carefully if it has to deliver real benefits. While regulation and supervision (proxy for good governance) are paramount, the system needs to create incentives to maximise the number of motivated and vigilant eyes.

Scams are a product of greed and immorality. However, abuse of the financial system has been made possible because of the system’s weaknesses. In an age that heralds technology as the silver bullet, we should not overlook the most important source of competitive advantage – the people. Compliance and controls are dependent on people handling them. A process is only as good as the people managing it. The most agile auditors will also have to struggle to unsheathe the closets of managers who are determined to hide their dirty laundry from view.

The writer is author, columnist and member of National Committee on Financial Inclusion for Women at Niti Aayog