Swaraj Kaushal, husband of Sushma Swaraj was also present with Bansuri on a boat along with some priests and relatives. 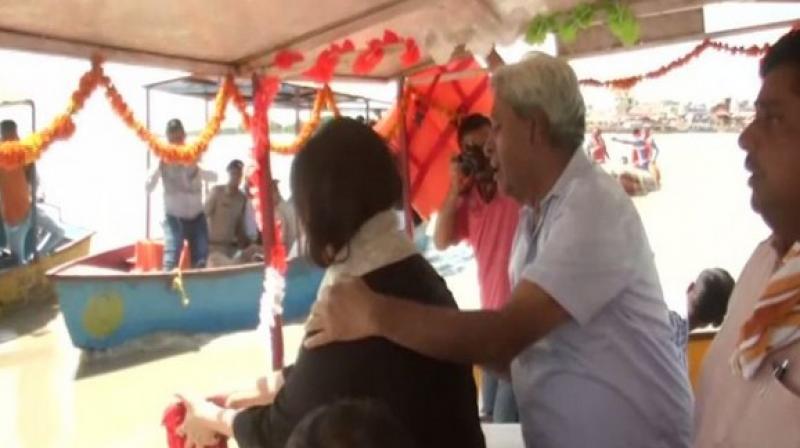 Swaraj Kaushal, husband of Sushma Swaraj was also present with Bansuri on a boat along with some priests and relatives.

Both Kaushal and Bansuri were seen teary-eyed while immersing the ashes of their beloved wife and mother.

Ahead of immersing ashes, Bansuri and Swaraj Kaushal attended a puja for the peace of the departed soul.

The mortal remains of former EAM Sushma Swaraj were consigned to flames on Wednesday. Prime Minister Narendra Modi and other senior leaders, besides family, friends and admirers bid a tearful adieu to the 67-year-old political stalwart.

Sushma Swaraj passed away on Tuesday night following a cardiac arrest. Thousands bid adieu to their beloved leader as she was cremated on Wednesday evening with full state honours.

Politicians and people from different walks of lives had paid tributes to the senior BJP leader.