India   All India  08 Aug 2020  Abducted Jammu and Kashmir jawan's father to militants: If you have killed him, send me his body
India, All India

Abducted Jammu and Kashmir jawan's father to militants: If you have killed him, send me his body 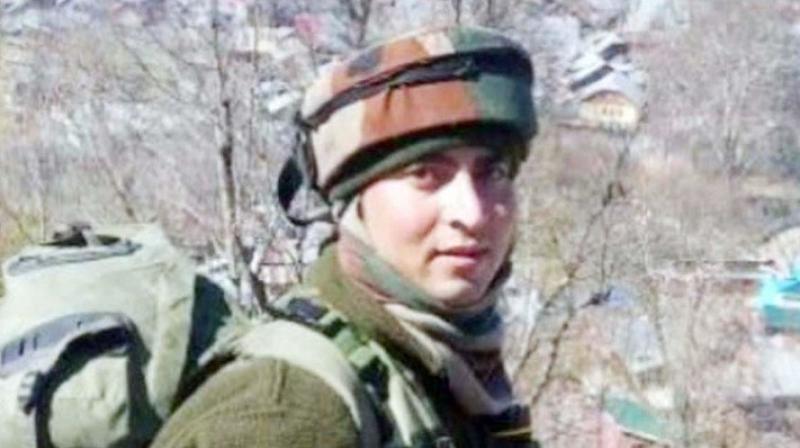 SRINAGAR: The father of Army jawan Shakir Manzoor abducted by suspected militants in Jammu and Kashmir’s southern Kulgam district last week on Friday asked his captors to send him his dead-body if they have killed him.

In a purported audio message uploaded on social media, Manzoor Ahmed, father of the Territorial Army soldier, said, “If my son is not with you, tell me…but if you have killed him send me his body.”

Shakir was reportedly abducted by gunmen after they intercepted his car while he was travelling through Damhal Hanjipora, a militancy-infected area of Kulgam, on Sunday evening. Before taking him along forcibly, the suspected militants reportedly torched his Maruti Brezza, the police sources had said.

Next day, his parents while appealing for his release said that they needed him the most “to stay alive”. The J-K police and the Army had said that a massive search operation was soon launched in the area to secure the release of the soldier, who is a resident of Harmain village of neighbouring Shopian district. The Army had also said that he was on leave and was heading home for Eid when his car was intercepted by gunmen.

One of his sisters had said, “We appeal to the abductors to please let him go. We don’t need anything, we have everything. Just let our brother go and return to us. He is needed by his aged parents and us. We don’t need this job. We just need our brother.” She had added, “If he has committed some wrong, please forgive him and let him come back to us unharmed.”

Earlier during the day on Friday, the security forces launched a search operation in Shopian’s Imam Sahab area after locals found some clothes reportedly belonging to the abducted soldier lying in an apple orchard outside Landoora village.

The official sources said that a joint team of J-K police and the Army rushed to the spot where they were shown a t-shirt and other clothes and stuff believed to be of Shakir by the villagers. The security forces quickly used sniffer dogs in an effort to trace the soldier and his captors but in vain, a report said.