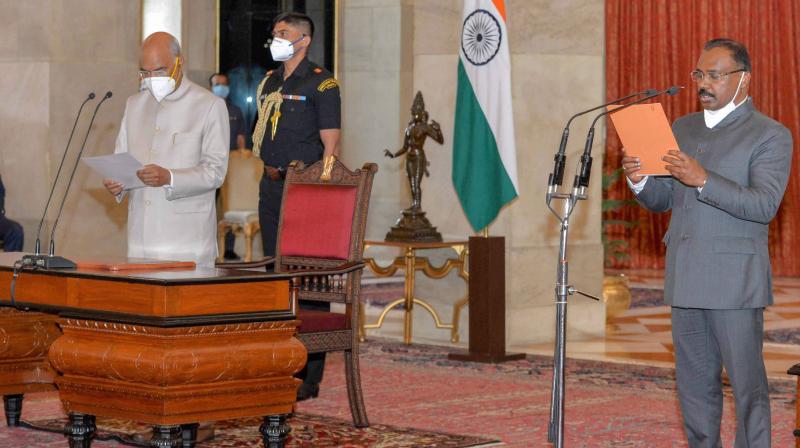 New Delhi: Former Jammu and Kashmir Lt Governor Girish Chandra Murmu was sworn in on Saturday as the Comptroller and Auditor General, the Rashtrapati Bhavan said.

Murmu made and subscribed to the oath of office before President Ram Nath Kovind, it said in a statement.

At a ceremony held in the Ashoka Hall, Rashtrapati Bhavan, Murmu was sworn in as the Comptroller and Auditor-General of India, it said.

Murmu, a 1985-batch IAS officer (retired) of Gujarat cadre, will have a tenure up to November 20, 2024, the Rashtrapati Bhavan said.

As a constitutional functionary, the CAG is primarily entrusted with the responsibility of auditing the accounts of the central and state governments.

CAG reports are laid before the Parliament and legislatures of the states.