This, they had said, would be to counter the NIA’s “harassment” of the people associated or sympathising with the Kashmiris’ “freedom struggle.” 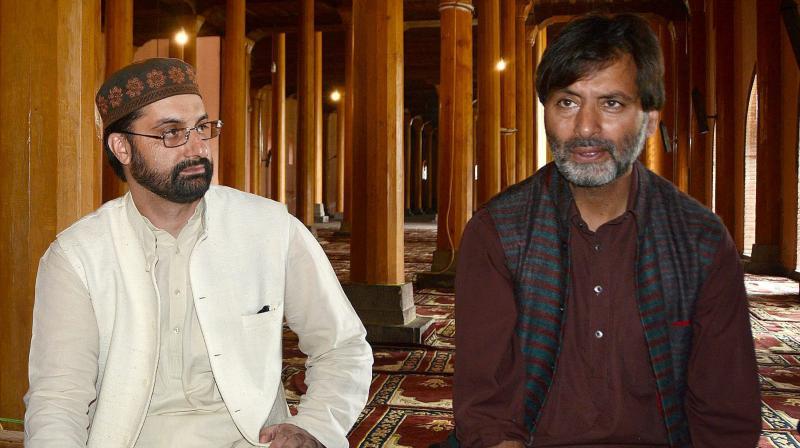 Srinagar: Kashmiri separatist leaders Mirwaiz Umar Farooq and Muhammad Yasin Malik were on Thursday detained by the police to prevent them from relocating to Delhi to court arrest before the National Investigating Agency (NIA).

While the Mirwaiz was placed under house arrest at Nigeem here, Malik was taken into ‘preventive custody’ by the police from his Jammu Kashmir Liberation Front (JKLF) office Aabi Guzar area and lodged at a police station where from he is likely to be shifted to the Srinagar Central Jail.

The duo had on Wednesday announced at a press conference that they along with separatist patriarch Syed Ali Shah Geelani would fly to Delhi at the weekend to court arrest at the NIA headquarters. This, they had said, would be to counter the NIA’s “harassment” of the people associated or sympathising with the Kashmiris’ “freedom struggle.”  Octogenarian Geelani continued to be under house arrest for the past many months.

While being taken into custody, Malik said, “We had announced that we would be travelling to Delhi to court arrest at the NIA headquarters on September 9. As is very evident, we are not going to be allowed to do it. Our arrest hence proves that the J&K government has become a facilitator to the NIA’s highhandedness.”  Malik also asked, “What is this government up to?”