These reception rooms are expected to ease the process of not only filing a complaint manually but also help people know their case status. 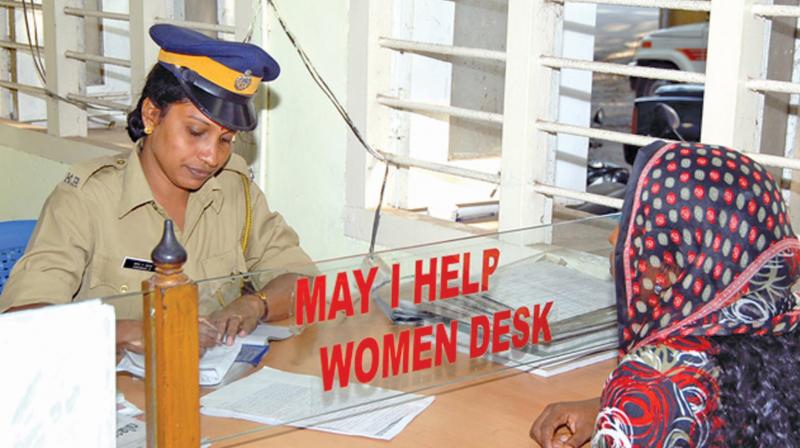 A new help desk at a police station.

Guwahati: The Assam police has embarked upon an ambitious plan to bridge the gap between the police and public by introducing reception counters in police stations, thereby making the place visitor-friendly.

The man behind this concept is the Assam director general of police Kuladhar Saikia who says, “The reception rooms will guide the visitors as per their need. Anyone coming to these police stations will have a unique experience. These rooms will work as a vital point to improve police and public coordination.”

Pointing out that the idea of making a reception counter in police station was aimed at improving the relationship between the police and public, Mr Saikia said, “Around 47 receptionists, who happen to be women constables, have undergone special trainings on how to handle visitors and will be directly reporting to their officers-in-charge. These women police constables have been trained in soft skills as well as in public relations.”

These reception rooms are expected to ease the process of not only filing a complaint manually but also help people know their case status.

Pointing out that they have started this programme in five police stations only, he said that more police stations are likely to be covered in the future. Besides Panbazar, Bharalumukh, Dispur, Fatasil Ambari and Jalukbari police stations have also set up reception rooms. These rooms are going to start functioning shortly.

The state government intends to cover all 346 police stations in the state under the scheme, for which `125 crore has been earmarked.

Mr Saikia, who came up with the idea, calls reception rooms as shock absorbers.

“The reception area acts as a shock absorber as a trained police constable not only listens to the complaint but also guides the complainant to complete the initial work,” said Mr Saikia.

Even if an officer-in-charge is busy with other cases, the receptionist may engage the complainants by addressing small grievances and taking them to the person concerned, he added.