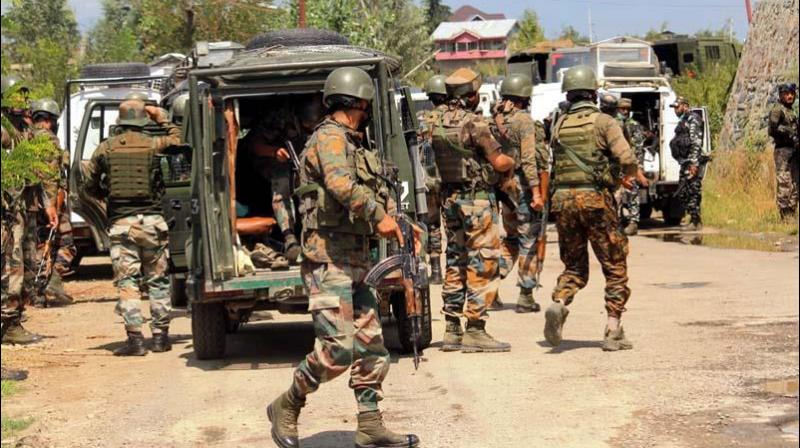 Srinagar: Three "overground workers" of the Lashkar-e-Toiba (LeT) have been arrested in Jammu and Kashmir's Bandipora district and incriminating materials found in their possession, police said on Tuesday.

A police official said information was received on Sunday about miscreants hoisting Pakistani flags at the behest of active LeT militants at the main market of the Hajin area of the district in north Kashmir.

"The flags were hoisted with a view to create a fear psychosis and incite anti-national feelings among the common people of Hajin town," he said.

The official said police registered a case under relevant sections of the law, and an investigation was initiated.

During the probe, three people -- Mujeeb Shamas, Tanveer Ahmad Mir and Imtiyaz Ahmad Sheikh, all residents of Mir Mohalla area of Hajin -- were arrested, he said.

The trio admitted that they were involved in the incident, the official said.

A hand grenade, a piece of cloth, a sewing machine and other incriminating materials used in making the flags were found in their possession, he said, adding that further investigation is underway.