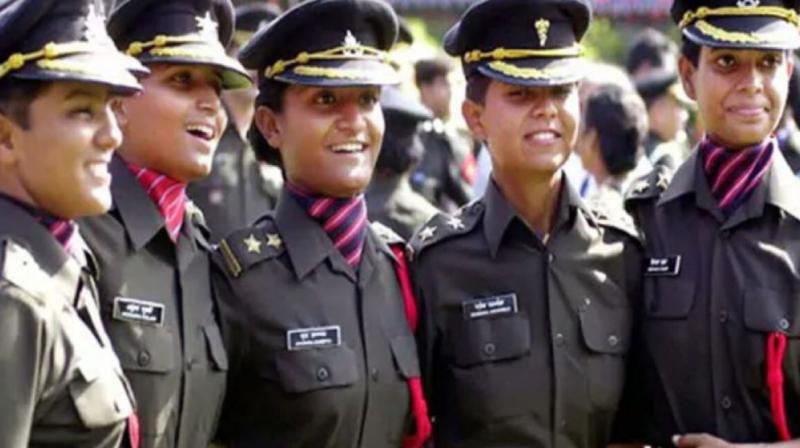 They are very respected forces of the country but on gender equality they have to do more and sometimes the resistance does not come out well," said the bench. (Representational image: joinindianarmy.nic.in)

New Delhi: The Centre on Wednesday informed the Supreme Court that the government in consultation with the three service chiefs – Army, Air Force and Navy — has decided to allow induction of women in the National Defence Academy for permanent commission and described its decision as “historic”.

The government’s decision to open the gates of Pune’s Khadakwasla-based NDA to women candidates follows the Supreme Court’s August 18, 2021, interim order allowing women candidates to appear in the NDA examinations that were slated for September 5. It had directed the Union Public Service Commission to issue the required notification and give it wide publicity.

Additional solicitor general Aishwarya Bhati on Wednesday told a bench comprising Justice Sanjay Kishan Kaul and Justice M.M. Sundresh, “I am delighted to share this. Girls will be admitted in NDA. We will place a detailed affidavit.” The Centre, however, sought an exemption from allowing women candidates for this year’s exams since procedural and infrastructural changes in the NDA would be required.

Reports said that women cadets will be able to enter the NDA at Class 12 level.

Appreciating the decision of the armed forces, the court said, “The armed forces are respected in the country but for gender equality they need to do more. We are happy with the stand. We are also conscious that reforms cannot happen in a day.”

The Supreme Court further said, “If you had been instructed on the last hearing that this decision is being taken we would not have needed to interfere. You have to file an affidavit on what you are doing, what will be the steps in the future and what orders will be required from us.”

Directing the government to put on record a detailed affidavit by September 20, mentioning details such as steps being mulled, timeline etc, the court said that it hopes the armed forces value the important role women are performing and urged the armed forces to adopt a proactive approach in assigning gender-based roles rather than the court having to intervene and nudge them.

The next hearing in the matter will take place on September 22.

Presently, women can enter 10 arms of the Army but not the combat arms. A decision to accept women into the Army's Infantry, Armoured-Mechanised forces and artillery is yet to be taken.

The Indian Air Force has deployed women in combat roles and employs women fighter pilots. The Navy is looking to progressively induct women onboard warships.

The top court had, by its February 17, 2020, judgment while granting permanent commission to women officers belonging to short service commission in Army’s non-combat streams, called for a change in “attitudes and mindsets” as it slammed the government’s opposition to granting permanent commission to women officers on grounds of their physiological features, including their household responsibilities.

While rubbishing the government's argument that women are handicapped by physiological and other factors as an affront to their dignity as Army officers, Justice D.Y. Chandrachud, who had authored the judgment said, “To cast aspersion on their abilities on the ground of gender is an affront not only to their dignity as women but to the dignity of the members of the Indian Army – men and women – who serve as equal citizens in a common mission.”