India   All India  08 Oct 2017  New dress code for Maharashtra prison staff, to have whistle with Khaki cord on uniform
India, All India

New dress code for Maharashtra prison staff, to have whistle with Khaki cord on uniform

The state Home department issued a Government Resolution (GR) to this effect on September 27. 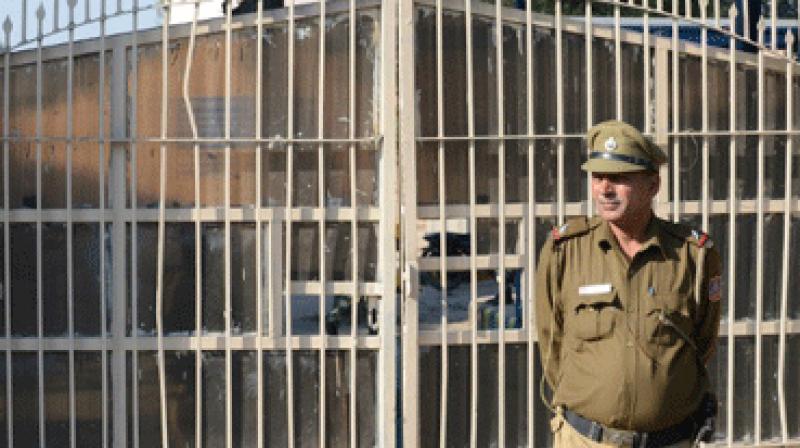 Mumbai: Maharashtra Home department has decided to change the uniform material code for nearly 4,000 uniformed cadre officers and employees of 226 prisons in the state.

Now all the 4,000 uniformed cadre officers and employees from the rank of Peons to Deputy Inspector General shall have a uniform that has a whistle with Khaki cord.

The state Home department issued a Government Resolution (GR) to this effect on September 27.

The government has changed the uniform dress code to the staff from the rank of peons to DIG from the metropolitan whistle with old gold and brilliant blue silk double cord to
whistle with khaki cord.

The GR states that this was necessitated following the Central government in its Model Prison Rules 2003 and 2016 laid down that all badges of rank for all uniformed cadres in the prison service should be similar to that in the police service.

Besides this, the state Home department in its GR dated September 12, 2003 had stated that the Prison department like the Police department is part of the state's law and order machinery.

The GR further states that both the services are disciplined cadre services and their roles and duties are equal in nature.

"At the government level, it has been decided to grant pay scale, emoluments, perks and other facilities to the 4,000 uniformed officers and employees of prisons equivalent to the police department. Hence the government has decided to change the prison staff dress code," the GR stated.

As per the statistical data on Prison Statistics of India, 2015, released by the National Crime Records Bureau (NCRB), Union Ministry of Home Affairs, there are 226 prisons
in Maharashtra.

Out of the total 226 jails in the state, there are nine central prisons, 31 district jails, 172 sub-jails and one Open Colony.