The matter comes up for further hearing on October 9. 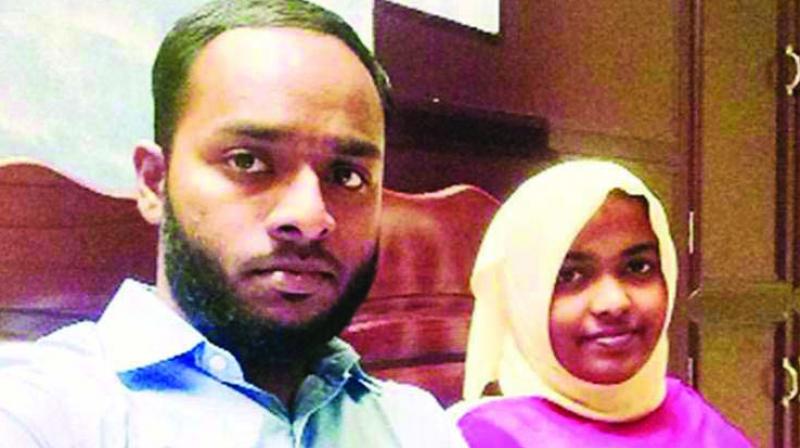 New Delhi: The Centre and the Kerala government locked horns, with the latter questioning the need of a NIA probe into marriage of a Hindu woman with a Muslim man.

Hadiya (who was formerly called Akhila Ashokan) married Shafin Jahan after she converted to Islam.

In its response filed in the Supreme Court on the petition filed by Mr Shafin seeking to recall the order, the Kerala government said during the two-month-long investigation by the Kerala police, no such incriminating material was found that called for an intervention by the National Investigation Agency (NIA). The matter comes up for further hearing on October 9.

Giving a clean chit to Shafin Jahan, the Kerala government said the investigation conducted so far by the state did not reveal any incident relating to commission of any scheduled offences to make a report to the the Centre under Section 6 of the NIA Act,” stated the affidavit.

The affidavit contended that a Special Investigation Team (SIT) of Kerala Police conducted a “detailed investigation” into the conversion of Hadiya and her subsequent marriage to Mr Shafin. It added that the “Kerala police is competent to conduct investigation in such crimes” and it would have reported to the Centre in case of any incident requiring the involvement of NIA.

However, the department said, the investigation had to be handed over to the National Investigation Agency by the Kerala police in view of the Supreme Court order in August.