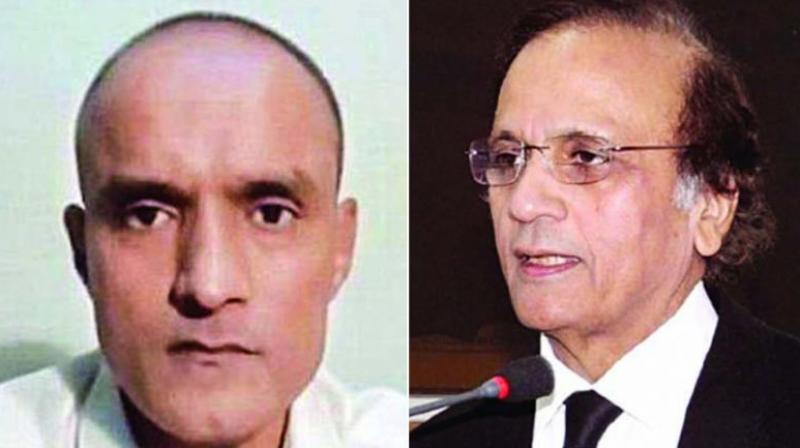 Islamabad: Pakistan is set to appoint former Chief Justice Tassaduq Hussain Jillani as an adhoc judge in the International Court of Justice (ICJ) for Kulbhushan Jadhav, the Indian national who was allegedly captured by Pakistani forces and was sentenced to death by military court over ‘espionage and subversive activities’.

After India had approached the ICJ, a 10-member bench on May 18 restrained Pakistan from executing Mr Jadhav till adjudication of the case. The decision to appoint Mr Jillani has been made after the government held consultations with all stakeholders, including the military, according to media reports said.

“A summary has already been sent to the Prime Minister’s Office by the law department, wherein the names of Justice Tassaduq Hussain Jilani and senior lawyer Makhdoom Ali Khan were proposed. The government decided to appoint former CJ Jillani,” Express Tribune reported.

Known as ‘the gentleman judge,’ Mr Jillani retired as the Chief Justice on July 5, 2014. He was the successor to Iftikhar Muhammad Chaudhry, who retired on December 11, 2013.

Meanwhile, Pakistan has started the process to file  its plea in response to India’s memorial submitted in the  ICJ against the death sentence of Mr Jadhav. The ICJ had asked Pakistan to submit its written response by December 13 before the court could start further proceedings.

Foreign office sources said that attorney general Ashtar Ausaf Ali on Friday presided over a meeting of law experts and officials of the ministry of foreign affairs and other relevant departments to discuss the line of arguments in the ICJ.

“We will forcefully defend our position which is based on the fact that Mr Jadhav is a serving Indian spy tasked to carry out subversive activities in Pakistan,” the sources said.