A video of BJP leader Shambhu Singh Khetasar went viral in which he is being seen urinating in front of CM Vasundhara Raje’s cut out. 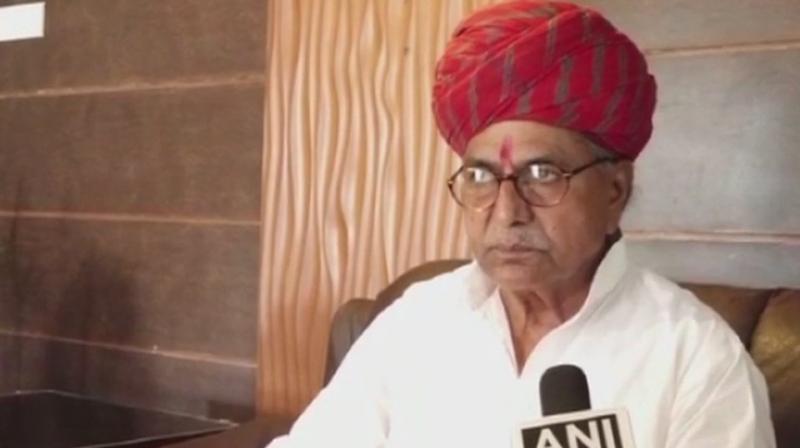 Jaipur: After Rajasthan health minister Kali Charan Saraf, another senior BJP leader from the state has been caught urinating in public.

Two days after Prime Minister Narendra Modi’s public meeting in Ajmer, a video of senior BJP leader from Marwar and chairman of Rajasthan Seeds Corporation Shambhu Singh Khetasar went viral in which he is being seen urinating in front of chief minister Vasundhara Raje’s cut out.

The minister also gave an explanation of his act saying that there was no urinal nearby for kilometres at a stretch besides he couldn’t hold anymore because he did not get time to relieve since morning that day.

He also clarified that he did not urinate in front of the CM’s poster. “I was urinating against a wall in a secluded place,” he said while denying that his act was in conflict with the Prime Minister Narendra Modi’s “Swachch Bharat” campaign.

Earlier, health minister Kalicharan Saraf was caught urinating on a wall in Jaipur. Saraf had also defended himself saying “not a big deal”.