Singh will also perform ‘Shastra Puja’, a ritual involving the worship of weapons, before he receives the first Rafale fighter jet. 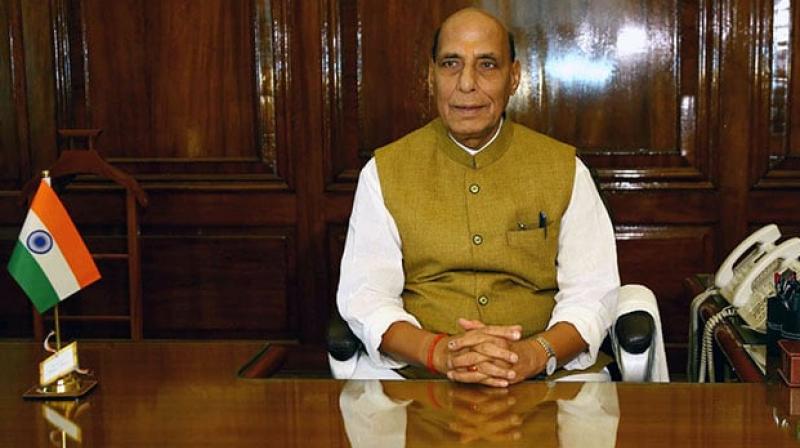 The Defence Minister will accept the aircraft from the French team at the Merignac air base near Bordeaux on the occasion of Air Force Day. (Photo: File)

The Defence Minister will accept the aircraft from the French team at the Merignac air base near Bordeaux on the occasion of Air Force Day. Singh will also meet French President Emmanuel Macron and the two leaders will discuss a wide range of issues, before leaving for Bordeaux.

Singh will also perform ‘Shastra Puja’, a ritual involving the worship of weapons, before he receives the first state-of-the-art Rafale fighter jet.

At the Merignac air base, the Defence Minister will receive the first Rafale combat aircraft manufactured for India bearing the tail number RB-01, which are the initials of IAF chief Air Chief Marshal RKS Bhadauria. The new IAF chief had played a crucial role in the signing of India’s biggest ever defence deal worth above Rs 60,000 crore.

Singh will also undertake a sortie on a Rafale fighter jet after receiving the first of 36 fighter jets in France. “The plane would be flown by a French pilot as Indian pilots have started training on these India specific Rafales just recently,” sources in the Air Force told news agency ANI.

The Rafale fighter aircraft, which is capable of carrying an array of potent weapons and missiles, will be a force to reckon with in the Indian Air Force as well as give the Indian defence establishment an edge over China and Pakistan in aerial combat, according to defence experts.

India had signed an inter-governmental agreement with France in September 2016 for procurement of 36 Rafale fighter jets. The IAF has already completed preparations, including preparing required infrastructure and training of pilots, to welcome the fighter aircraft to the country.