Repos launches mobile pumps
India   All India  08 Oct 2020  Crimes against women: Disha Bill to be passed in next session of Maharashtra Assembly
India, All India

Crimes against women: Disha Bill to be passed in next session of Maharashtra Assembly

In February 2020, the Maha Vikas Aghadi (MVA) government had announced to bring a law on the lines of the ‘Disha Act’ of Andhra Pradesh 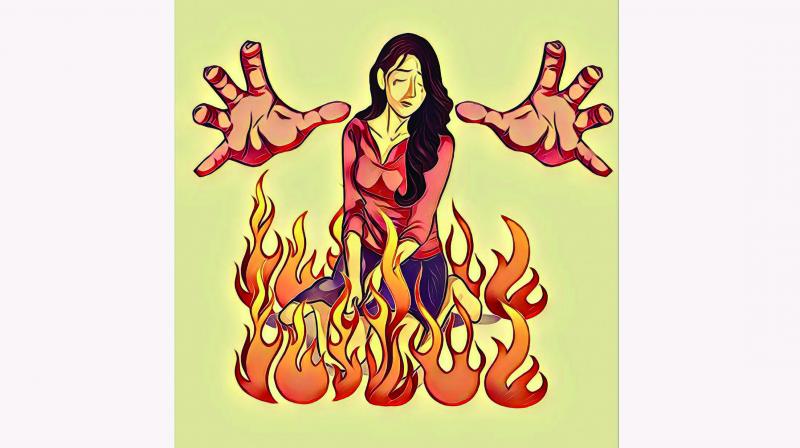 Maha to have Disha law.

Mumbai: In the wake of the gruesome Hathras gang rape and murder case, Maharashtra home minister Anil Deshmukh on Wednesday asserted that his government will get Disha Bill cleared in the next session of the state legislature.

In an official statement issued by the state government, Deshmukh said that a draft of the Disha Act has been finalized and the government would incorporate more suggestions from the women and experts on the issue.

“A big safety cover is being prepared for mothers and sisters. Its draft has been finalised. More suggestions from mothers, sisters and experts will be incorporated into it. The government will get the Disha Bill passed during the next session of the legislature,” he said.

Meanwhile, women politicians from Maharashtra’s ruling parties met the home minister and demanded installation of CCTVs, a dedicated police force at local level and mechanics for prompt action on cybercrimes.

A meeting was organized at Sahyadri Guest House in Mumbai on Tuesday , which was attended by ministers of state for home Satej Patil and Shambhuraj Desai, women members of ruling parties including NCP leader and Baramati MP Supriya Sule and Shiv Sena MLC Manisha Kayande among others. Deputy Chairperson of the legislative council Neelam Gorhe also joined the meeting online.

The women politicians also demanded to increase the strength of female cops in the force, create awareness about laws pertaining to women and appoint the chairman of the state women commission among others demands.

In February 2020, the Maha Vikas Aghadi (MVA) government had announced to bring a law on the lines of the ‘Disha Act’ of Andhra Pradesh to expedite trials of crimes against women.