India has also asked Nepal to guard against vested interests trying to create differences between the two countries. 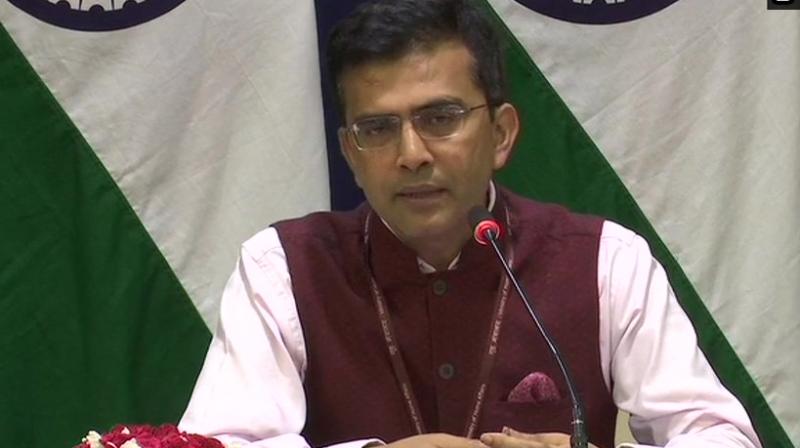 New Delhi: A day after Nepal protested against the new map of India that depicted Kalapani within Indian boundaries, ministry of external affairs (MEA) said that the map in no manner revised the boundary with Nepal and India remains committed to resolve any such outstanding issues through dialogue. India has also asked Nepal to guard against vested interests trying to create differences between the two countries.

“Our map accurately depicts the sovereign territory of India. The new map has in no manner revised our boundary with Nepal. The boundary delineation exercise with Nepal is ongoing under the existing mechanism.  We reiterate our commitment to find a solution through dialogue in the spirit of our close and friendly bilateral relations. At the same time, both countries should guard against vested interests trying to create differences between our two countries,” MEA spokesperson Mr Raveesh Kumar said on Thursday.

Kalapani, which is on the route of Kailash Mansarovar, is a territory claimed both by India and Nepal. The area is at present part of India’s Pithoragarh district in Uttarakhand and is under the control of Indo-Tibetan Border Police (ITBP) since the 1962 war with China. Nepal too claims Kalapani as part of its Darchula district and depicts it on its map.

However, the Foreign Ministry of Nepal had on Wednesday objected to India’s new map that showed Kalapani as a part of its territory. In a statement, Nepal’s Foreign Ministry said that the two countries are engaged in discussions through a joint commission and during the meetings the responsibility of resolving border disputes between the two countries was assigned to the foreign secretaries of both the countries in consultation.

Nepal added that all the outstanding border issues between the two nations need to be resolved mutually and any unilateral move was unacceptable to the Nepal Government. It added that the Nepal government was committed to protect its international border and any border-related issue of two friendly countries needs to be resolved through the diplomatic channel, based on historical documents and evidence.