On November 8, 2016, Prime Minister Narendra Modi announced the decision to ban all Rs 500 and Rs 1,000 currency notes from midnight 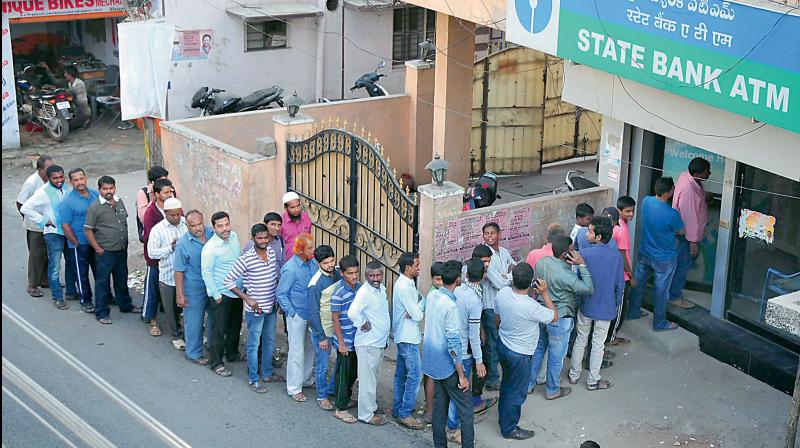 On the fourth anniversary of demonetisation, the debate continued to rage regarding the alleged ‘masterstroke’ by the Modi government. While the ruling party representatives seem to celebrate the anniversary, the Opposition and critics used the opportunity to talk about the hardships brought about by the move.

Four years ago, on November 8, 2016, Prime Minister Narendra Modi had announced the decision to ban all Rs 500 and Rs 1,000 currency notes from midnight, effectively withdrawing nearly 86 per cent of the country’s currency. The NDA government had argued that the reason for the sudden move was to eradicate black money, fake notes, and to encourage a cashless economy.

Along with his tweet, the prime minister also shared a graphic on how demonetisation has ensured better tax compliance, improved tax and GDP ratio, made India a lesser cash based economy and gave a boost to national security.

Finance Minister Nirmala Sitharaman also took to Twitter to talk about the positiv effects of demonetisation on the Indian economy. “Demonetisation not only brought transparency and widened the tax base, it also curbed counterfeit currency and increased circulation,” she wrote, apart from sharing several graphics to show the changes demonetization brought.

She also added that demonetization “was an unprecedented attack on Black Money also led to better tax compliance and a major push to digital economy.”

While the BJP seemed to relish in a four-year anniversary, Congress observing the fourth anniversary as "Vikshwasghaat Diwas" (Betrayal Day).

Congress leader Rahul Gandhi slammed the government, alleging that the PM’s move was aimed at helping a few of his "crony capitalist friends" and had "destroyed" the Indian economy.

Gandhi and the Congress have been alleging that the 2016 demonetisation was not in the interest of the people and had adverse effects on the economy, a charge the government has dismissed repeatedly.

In a video released as part of the party's online '#SpeakUpAgainstDeMoDisaster' campaign, Gandhi said the question is how the economy of Bangladesh "surpassed" the Indian economy as there was a time when India used to be one of the most high performing economies of the world. In the International Monetary Fund's latest World Economic Outlook report, it says India is about to slip below Bangladesh in per capita gross domestic product in 2020.

With RBI data showing that almost the entire currency (99.3 per cent) that was invalidated came back to the banking system, Raut added that whether the government did or did not wipe out black money is the question that has still not been answered.

"The way this scheme has been implemented -- is a monumental management failure, and in fact, it is a case of organised loot, legalised plunder of the common people," Maken quoted Singh as saying.

As part of the '#SpeakUpAgainstDeMoDisaster' campaign, Congress leader P Chidambaram said, "The first lesson every ruler and every government must learn is that - even if you do not do good to the people, do not do harm. The BJP-led NDA government did great harm to India's economy on November 8th, 2016."