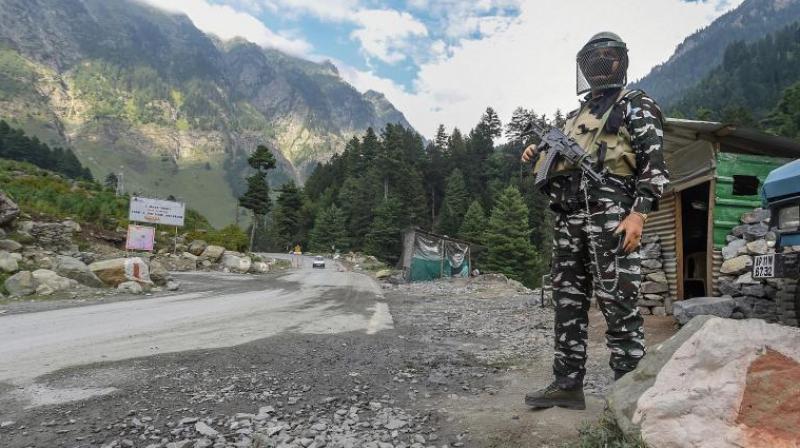 It is significant that the state government has started showcasing the gallantry of its frontier villages recently with Dipa, which had taken part in the freedom movement. (Representational image: PTI)

Guwahati: Amid the ongoing territorial disputes with China, the border state of Arunachal Pradesh has embarked upon an ambitious plan to showcase the bravery and gallantry of frontier villages which stood for the nation during 1962 Chinese aggression.

After showcasing Dipa village in Lower Siang district, the department of information, public relations and printing of Arunachal Pradesh has sent a 12-member team to Kaho in Anjaw district, which survived against the Chinese attack in 1962, for filming a documentary on the village and its inhabitants.

It is significant that the state government has started showcasing the gallantry of its frontier villages recently with Dipa, which had taken part in the freedom movement and the national flag was first hoisted at the village on August 15, 1947.  The villagers had assisted the Indian soldiers who were outnumbered by the Chinese People’s Liberation Army. There are 11 Arunachal districts which share a border with China and each has a village on the international border.

Pointing out that Kaho is also one such patriotic destination, the director of DIPR, Mr Dasher Teshi, told reporters that his team had left Itanagar by road on Friday and will reach Kaho on Sunday. The village is 580 km east of Itanagar. “Kaho is the first village from the China border. We plan to make a documentary on Kaho and its people who belong to the Meyor community. Very few people know about this village and its significance,” he added.

Kaho is one of the seven villages of Kibithoo block bisected by the Lohit river. The village is also significant as several locals had taken part in the freedom movement. “This is also an attempt to acknowledge their service to the nation during the Chinese aggression and thereafter,” an official who keeps a close watch on the border situation told this newspaper.

The documentary will be a part of the celebrations of the “Azadi ka Amrit Mahotsav”, the nationwide event which will mark the 75th year of India’s Independence.