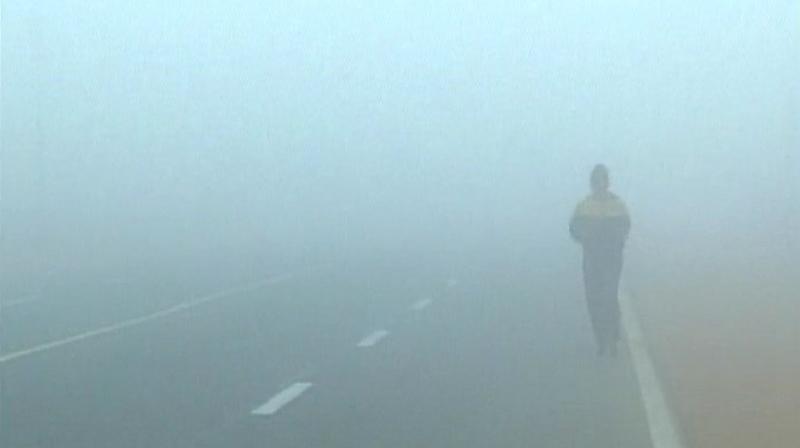 Two trains were cancelled and over 16 were rescheduled due to poor visibility. (Photo: ANI Twitter)

Several railway passengers had a tough time with at least 94 trains running late.

Two trains were cancelled and over 16 were rescheduled due to poor visibility.

Over six international and seven domestic flights operating from the Indira Gandhi International Airport have also been delayed.

As of now, one domestic flight has been cancelled.

"It is very cold here, passengers can't travel and it is difficult for us to drive as we can't see anything due to fog." Sonu Yadav, an auto-driver from Gorakhpur told ANI.

Another auto-driver, Rajesh Gupta said, "The number of passengers has reduced because of cold and fog. We are facing problems in driving."

Rail and air traffic have been badly hit due to dense fog in Bihar.

Several trains including Rajdhani Express and Garib Rath are running late by 10-15 hours.

The flights from Delhi and Lucknow have been cancelled due to low visibility at the Patna airport.

The state government has ordered to open all government and private schools from nine in the morning in view of severe cold.