Ajay Rai, who had finished third in Varanasi, had filed the petition after results for the general elections were announced. 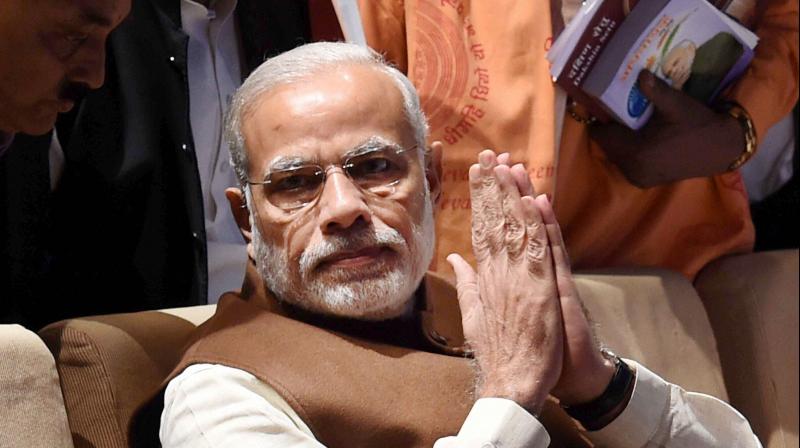 Passing the order, Justice Vikram Nath also rapped petitioner Ajay Rai, Congress MLA and the party's candidate from Varanasi in the 2014 Lok Sabha polls, for approaching the court with an election petition that was "half hearted" and contained allegations which were "vague and bald statements not supported by material facts".

The court, which began dictating orders in an open court on Monday, rejected the petitioner's objection to Modi's writing "not known" in his nomination papers against the column relating to his wife Jashodaben's assets and liabilities.

The court said it was "mandatory" on part of the petitioner "to say clearly and establish that the respondent had knowledge of assets and liabilities of his wife Jashodaben and he deliberately chose not to do so".

"In the absence of any such specific and detailed pleading, no case is made out for interference on this ground," the court ruled.

Regarding allegations about election expenditure, the court remarked that the petitioner had made "vague and bald statements" like "more than Rs 50 crore" having been spent on Modi's campaign which involved booking of several rooms in posh hotels for more than a month and hiring of about 400 vans, equipped with LED screens.

The court was of the view that even if the amount spent on campaign exceeded the limit fixed by Election Commission "in the absence of material facts, it would be difficult to make the issue triable".

Rai, who had finished third and forfeited his deposit in the high-voltage electoral battle of Varanasi, had filed the petition barely a month after results for the general elections were announced on May 16, 2014.

Jain, who is also a member of the BJP's national executive and a former Lok Sabha MP from Chandigarh, had prayed that the petition be "dismissed in limine without being put on trial" since it "lacked material facts".

According to Jain, Modi's election was "initially challenged on seven grounds - discrepancies in nomination papers, spending more than permissible amount on the election, bribing of voters, using undue influence on the electorate, appealing in the name of Hindu religion, creating hatred among people belonging to different communities and violation of various provisions of the Constitution and election laws".

"However, following our rebuttal on each of these points, the petitioner's counsel Umesh Narain Sharma said that he was willing to press only the first two charges, i.e., those relating to nomination papers and expenditure on the election campaign," he said.