The 15-year-old boy is the prime suspect in the police investigation in the alleged killing of the mother-daughter duo on Monday night. 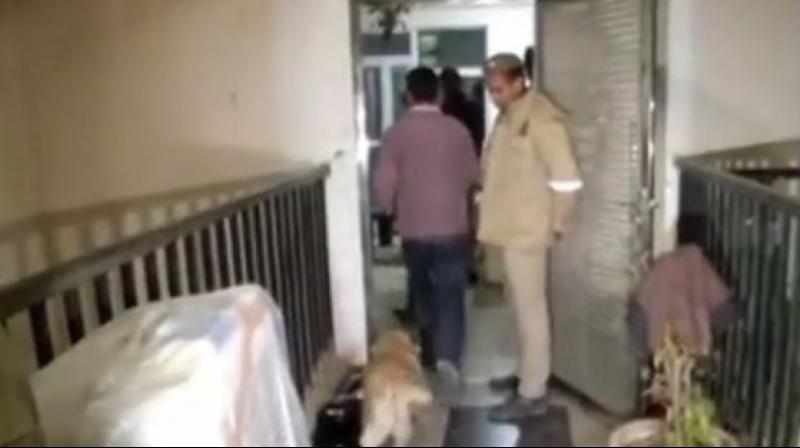 A woman and her daughter were found murdered in their Greater Noida flat late Tuesday night. (Photo: ANI videgrab)

Greater Noida: Family members of the woman, whose body was found along with her daughter in their flat in Greater Noida's Gaur City, have appealed to the woman's son, who has been missing since the incident, to return home.

The 15-year-old boy is the prime suspect in the police investigation in the alleged killing of the mother-daughter duo on Monday night.

But the family members said the boy cannot kill anyone.

According to the examination report, the two were likely to have died around 8 pm on Monday.

The woman's husband Soumya Agarwal said, "My son cannot kill his mother and sister. I appeal to him to come home and he should not be afraid. He should come and tell the truth." Grandfather Suresh Agarwal said his grandson cannot commit murder.

The boy's last location was traced to Chandi Chowk in Delhi through the mobile phone he was carrying with him. Police claimed he took Rs 2 lakh in cash from the home.

A police investigation revealed the boy used to play a crime-gangster game on mobile phones. The game was found on other similar electronic devices in the house.

The boy's aunt said even if he has committed the murders, the developers of the game should be held responsible.

Akhilesh, a relative of the boy, said till he is found and he tells the truth he should not be treated as an accused. He has not taken any clothes from the house.

SSP Love Kumar said: "Four teams have been formed to trace the boy. We hope to trace him soon. Only he can tell the truth about what happened inside the apartment."