Bulandshahr top cop, among 3 removed for 'negligence in handling situation'

Senior Superintendent of Police (SSP) Krishna Bahadur Singh has been transferred and replaced by SP of Sitapur. 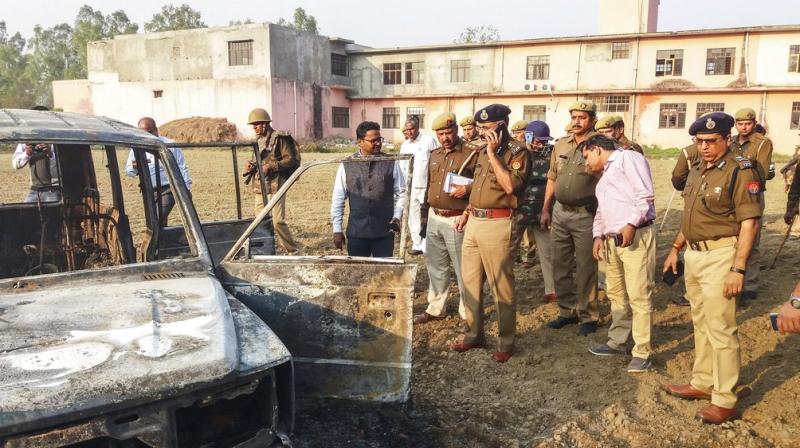 Lucknow: Six days after police officer Subodh Kumar Singh and a local youth were killed in mob violence over cow carcasses in Uttar Pradesh's Bulandshahr, the top officer in the district has been transferred.

According to reports, the policemen were transferred ‘for their failure in responding in time to the situation’ arising in Siyana village of Bulandshahr on December 3, Monday.

The transfer has taken place after a high-level meeting was presided over by the Director General of Police (DGP) OP Singh, who had handed over the report to Chief Minister Yogi Adityanath on his arrival from New Delhi.

Police inspector Subodh Kumar Singh and his team had gone to the village on Monday to tackle a furious mob when they came under attack.

On video, mob is seen chasing the policemen and shouting: "Maaro (attack), take his gun!"

The post-mortem report said that Subodh Kumar Singh was attacked with a sharp weapon before being shot in the head.

The police have arrested eight accused in the case.