Four people have been arrested for the mob violence which erupted after cow carcasses were found scattered in near a village. 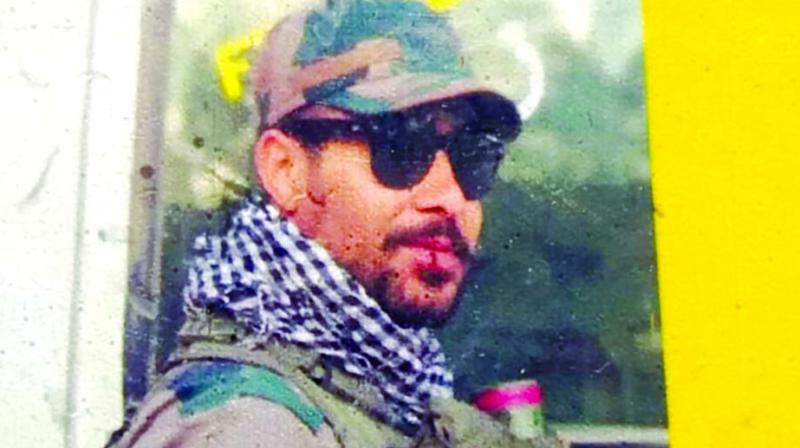 Lucknow: In a shocking development, an Army jawan has emerged as a key suspect in the killing of an Uttar Pradesh police inspector in mob frenzy over cow slaughter in Bulandshahr on Monday.

Police teams have been sent to track him down in Jammu and Kashmir where he is posted.

Police sources said they are investigating whether Jeetu Fauji, an Army jawan posted in Kargil, could have fired the shot that killed Inspector Subodh Kumar Singh.

In one of the mobile videos, apparently made by rioters, the slain police officer is seen with a man resembling Jeetu around the time he was killed, the police said.

Police sources said there are other videos as well in which the same man is present as part of the mob. Jeetu’s family members confirmed that he was in the village on the day of the violence and went back to Kashmir the same evening. His mother Ratan Kaur, however, said she could not identify her son from videos of the mob attack. “If he is the one who has killed the inspector then he deserves to be punished,” she added.

Four people have been arrested for the mob violence which erupted after cow carcasses were found scattered in near a village.

Inspector Subodh Kumar Singh and his team had gone to the village to tackle the violence when they came under attack. On video, a wild mob is seen chasing the policemen and shouting, “Maaro (attack), take his gun!”

Inspector Singh was assaulted with a sharp weapon and then shot in the head, according to post-mortem report.

Inspector Singh, who had initially probed the 2015 lynching of Mohammed Akhlaq, and a 20-year-old local man, Sumit Kumar, died of gunshot injuries as a rampaging mob protesting alleged illegal cow slaughter torched a police post in Bulandshahr and clashed with cops.